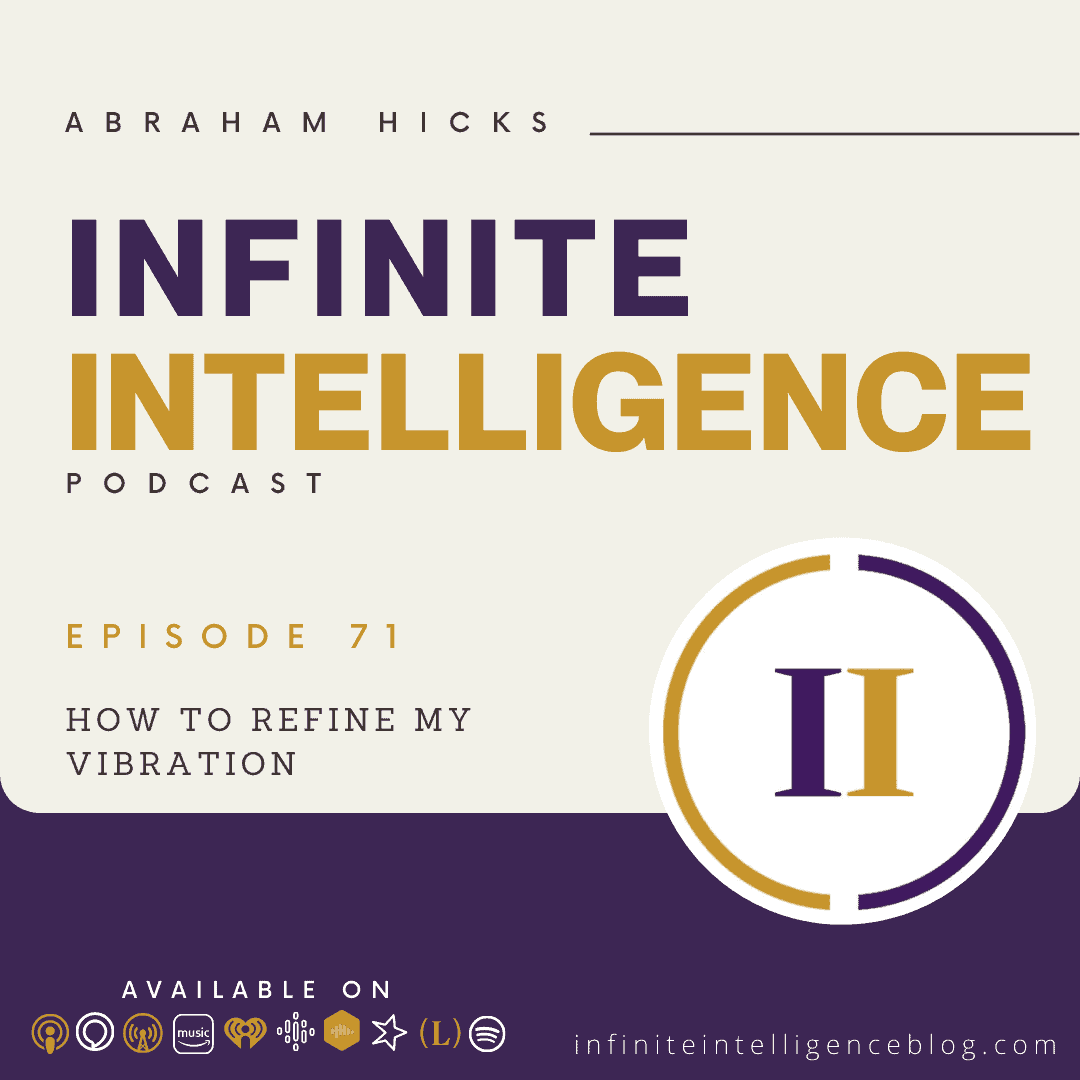 Infinite Intelligence Episode #71 – How to Refine My Vibration

Hi, we are glad to be here, too excited. My family you had said a word in the first about being blindsided. And I’ve been manifesting pretty good. I’m a powerful creator, powerful focuser seemed like I was blindsided a couple of times. I don’t know if that’s my thought process or what but we’d like to play with you and say, sometimes people say just came out of the blue. And we say, No, it came out of the oblivious. You got vibration going on, that you’re not aware of.

And so then it feels like something or someone outside of you, is doing something to you, but it’s never the case. And it’s also important to know that when things come to you that you may be calling unwanted, that sometimes you’re calling the question, because without the question, you cannot find the answer, or you’re calling the problem. Because without the problem, you cannot find a solution that is really tied to other things that are really important to you.

Someone should make a big sign and put it somewhere. No, I actually said that all the time that, you know, everything always works out for me. And just from listening to you that, you know, the contracts are here to bring clarity and, and bring focus because I started a new business and clarity is a gift unto itself, isn’t it? Yes. Sometimes you think you want clarity in order to get somewhere else? But isn’t clarity? someplace to be?

Yes, absolutely. Yeah, yes. Yeah. But I’ve been having good rendezvoused and meeting different people that I keep saying that I want to have someone to play with in this real estate game. And so every now and then that Randy will meet somebody and it clicks and we go, but I guess just The Blindside thing just kind of gets me sometimes it kind of gets me off focus a little bit.

So Well, stop saying the word. Because it implies one of two things, either, there are powerful things out there after me, which isn’t true. Or it implies that you’re not paying attention. And in either case, it’s up to you. In other words, there’s nothing out there after anyone except what you are attracting. And so the perfect definition of being blindsided is I’ve been practicing the point of attraction that brings to me things that I don’t want, but I’m so insensitive to my emotion, that I don’t see him coming into the manifest. That was really good.

That’s really good. And so the remedy is sort of getting your head out of the specific game of paying attention to what’s being manifested for a little while, and try to get out ahead of it by paying more attention to how you feel, what is the most exhilarating part of the real estate game that you’re playing? What’s the most exhilarating part of it?

So if someone says to you, someone in this room particularly says to you, what is your work, you say? I’m in the clarity business? What you say? Yeah, yeah, just get real clear and real happy and then good things come to me. And they’ll say, but what is your business? That’s it? No, I mean, how do you make a living like that? No, I mean, how does the money come? I get clear and I get happy. And then the money come You know, I mean, what do you do? What do you do? Oh, I don’t do anything. I don’t do anything except get happy and get clear.

How could you separate things that are happening that you can see the real manifested stuff? How can you care more about the emotions when that manifests and stuff is happening? What do you do when something really unwanted is really in your face? What do you do? What can you do about it? Not really much. Because the momentum of it is such that it’s going to carry you for a little while. So what’s the best thing to do when something feels really out of control? Go take a nap.

What is the subject? If you want to talk about it? Well, I had manifested or bought this money in and the bank put a freeze on it and has just taken. So more money where that came from? Is there more money?

So you came into this physical body with momentum that we cannot even find words to describe your intentionality when you came into this physical body. A very strong powerful current of momentum. And everyone who met you when you were little knew it. Yeah, they recognize it in you right away. You were hard to deal with you were almost immortal. possible to contain you were clear about who you are, you came in with all of that energy. So you begin living life, you know what you don’t want, you know what you do want.

And even though you were not consciously aware of it, there was momentum that you brought with you that you poured into this vortex that we’ve been talking about this vibrational reality that precedes the manifestation. But as you were living, you put more into it in those early years, so much momentum into this, this vortex that belongs to you is powerful, and ripe and law of attraction has been working on it. And we can feel within you from time to time, your recognition of what it is and how powerful it is. It’s a powerful calling.

It’s such a powerful calling that when you don’t let yourself go, it nearly drives you crazy, you cannot stand to not move in the direction of who you are. Even though sometimes you don’t you never like it not even a little bit. So here’s this momentum calling you and often you’re distracted. Often you’re tuned in often you’re feeling good, your personality has evolved to be one who wants to feel good, who looks for positive aspects, you cannot disallow the momentum of your vortex. Nothing that you can do can disallow the momentum of your vortex.

The worst that you could do is you could prevent yourself from being in the receiving mode of what the vortex is revved up to. That’s why you keep finding these really big ideas. Because your vortex is full of really big ideas. This is you. This is not a pipe dream, this is not something that you’re conjuring irrationally, you’re feeling the true essence of this vortex that is powerful. And every now and again, you get a glimpse of it Oh, and it rocks your world when you do. That’s what you’re used to now, you’re used to those feelings of clarity.

And a feeling of doubt or a feeling of something not working out, takes you to your knees because it is so opposite of all of the momentum that you lived before you were in this body and all of the momentum that you’ve got going. And most of all, this is the part that we really want you to hear the momentum of your vortex that is real and ripe and ready for you to receive. So how do you do it? By just chilling out by not letting anything get your goat by not worrying too much about what anybody else is doing?