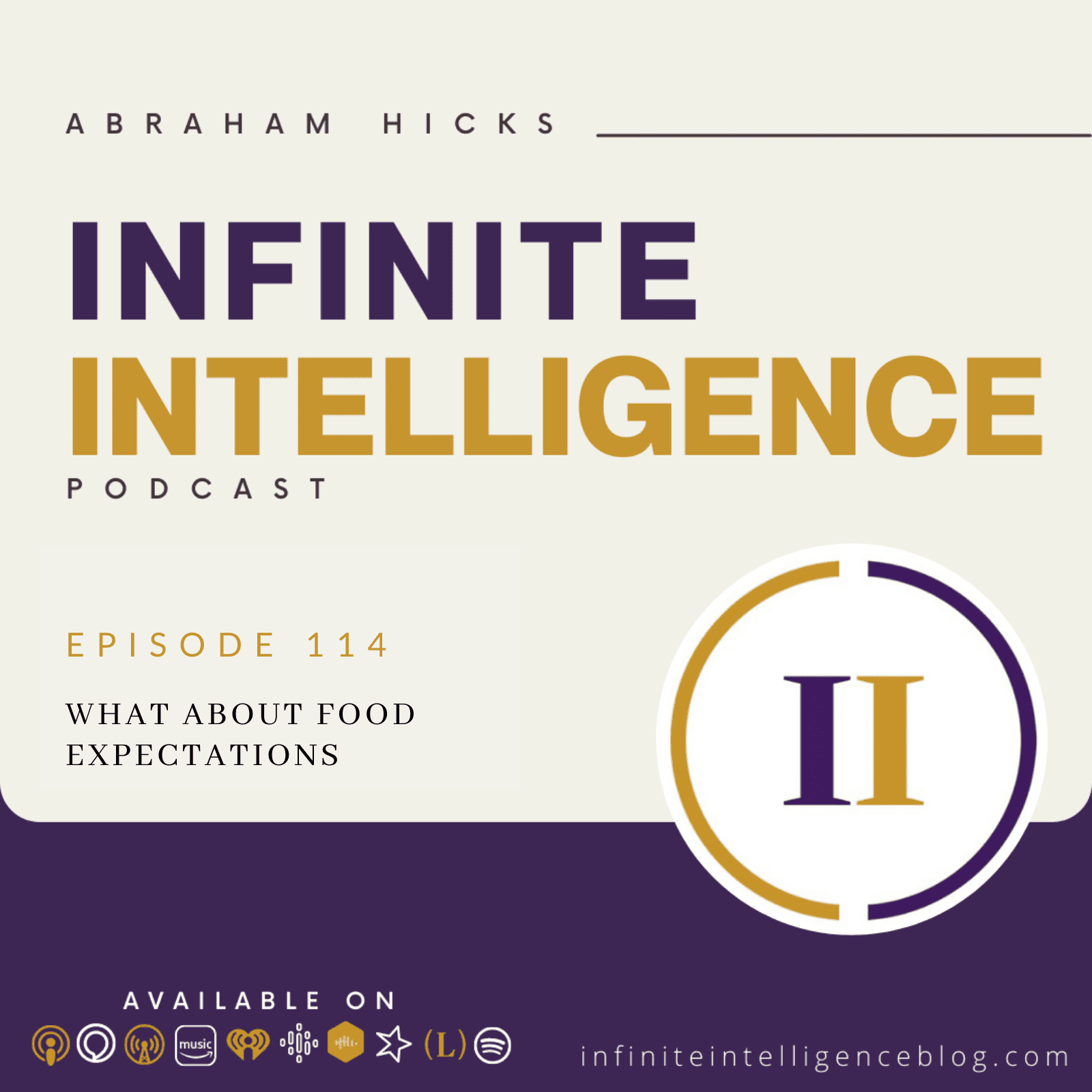 Let’s see if you can help me, you can. Okay, I did grow up knowing that well being this my permanent state, and I really don’t care about what you used to know. Well, I know that and I’ve demonstrated it, I just want to tell you this, so you can help me move on. The reason that we’re playing with you a little bit there is because everyone has a little bit, but you’re really demonstrating that strong here, we don’t want you to justify where you now are by how you grew up.

Also this expectation that if I eat these certain things that I will be thin and stay skinny, and you know, blah, blah, all that blah, blah, stuff. So I have these two expectations. Well, we’re going to argue with you a little bit about that. Are you saying two ways to get there then let’s say that? Are you saying that sometimes you think one thing and sometimes you think another? You know, it’s always my intent to know that because you don’t hold two expectations simultaneously.

I think it’s just because I’m which one of those expectations holds the most resistance. I really do each one of those. Which one of those two? Carbs matter? I’m just like, shut up. That is not my thought. Like, I don’t believe that, like I’ve demonstrated it well being is my permanent state. I don’t believe that Be quiet. I don’t want to hear it, you know, but then all of a sudden, they’ll be like, oh, man, you know, like, you know, I am well, I am strong. I am. I am complete. I am love. I am beautiful. I am great. I am bah bah, bah, bah, that’s who I am.

But I have to eat every day, which is great. Here I all desert. You know, just because that’s my, all my friends know, I eat dessert first. But then I’m around people that that’s all they talk about is their carbs and or blah, blah, or 10 years ago, it was something else. And 10 years from now, it’ll be something else. And that really isn’t my thought. I know I can get there. If I need a path of least resistance. I can do this. But I don’t want to do it anymore. Can you just do a rampage for me of like food or?

And can you feel Wasn’t this a good demonstration, that in the effort at sorting out the rightness or the wrongness of the thought and behavior, it negatively affected the energy flow. And that’s the only thing that you have to know. Esther had dinner with one of the most delightful, beautiful people that she knows on the planet who eats more than Esther has ever seen anyone eat and look more like everyone that Esther knows everyone wants to look like.

And Esther said, I’m only barely tolerating you here, I can hardly stand. And other words, you know that there are those that the behavior has little to do with what they’re eating, we would like to say to all of you that the food that you’re eating is not having the impact on your physical apparatus. It’s the burdens that you’re carrying. It’s the crosses that your bearing. It’s the responsibility that you are carrying around. It’s your feeling of vulnerability.

There are so many factors that are bigger than that. And so what we really want you to hear and we know, it was fun, and we all really did enjoy the words that you were offering and we do understand the confusion that you’re feeling about it. But on the heels of the conversation about vaccinations on the heels of the conversations about the rightness or the wrongness of anything, this is what we are talking to you about. People are watching each other, they’re trying to chart behaviors and then chart results.

So that’s why all of your questions have dovetail together in such a magnificent way. Because you said, Abraham, I thought that you were saying this, about that. And then I heard you say something entirely different to someone else. And that caused me confusion. And we explained to you the best that we’ve ever explained that we are always talking to the individual about them finding their path of least resistance.

And so the big topic here is not what you’re eating or not eating, or how many of whatever measurements of whatever is in whatever it is that you’re eating, the bigger conversation is the way you are feeling about most of the food that you are eating, you’re not lining up with who you are first, and then taking action. And it’s the joy factor that we want to talk about is the joy factor, we think you’ve got a high Joy factor.

We think you also like most have a high tolerance for negative emotion, you have a high tolerance for frustration, you’re willing to whip yourself into an uncomfortable frenzy, you’re willing to get around and talk with people about the rightness or the wrongness of behavior or action. You talk even in this body of people. And in an ordinate amount of hours over the things that you are doing are the remedies that you are seeking, when what you’re really reaching for is the remedy of the renewal of source energy.

And yet that even an environment like this is almost the last thing that you’re reaching for. Because you rely so much on your words and so much on your action and so much on your behavior, and so much on your statistics, so much on your whatever it is you’re receiving in this receptive mode heresy. So it is our expectation that as you leave this gathering, after having been immersed in more high mindedness and high flying Ness, and more listening, feeling and hearing and taking in all of the vibration of well being that you will discover a vibrational shift within you that will help you move toward whatever you want. You have to understand, everyone does not want the same things.

Everyone’s vortex is uniquely their own. And your inner being is leading you from where you are to where you want to be, specifically and accurately. And effectively. You just have to chill out. Just chill out. Now, can you do that? It’s not exactly easy is it? She got to you didn’t say the things she was saying are many of the things that you’ve been saying and thinking and feeling about things. But we want you to leave here as energy renewing itself, rather than physicality. That is renewing itself. As you put that first, you’ll be inspired to the behavior, and it will all fit together.

It is our promise to you something more I feel like because you cannot argue for your limitations and leave them behind. Yeah. So it’s just about focus. It’s about focus, but it’s about focusing on something that feels good. It’s about maybe getting off a subject that’s hard for you to focus on and feel good. And onto another subject that’s easy for you to focus on and feel good. This is the thing that we think most of you don’t know, if this here, right here.

Stay with us, this is going to make sense in just a minute. So you could have five topics of importance in your life experience, five topics of importance. And one of them. Whenever you think about it could take you right to the receptive mode. But most of you don’t think about that one is it feels done. Got that one whipped into alignment need to work on the others. But when your work on the others, you just hold yourself out of the receptive mode.

What is it that makes you want to take the issue that is not working, and get it working? Because while it is the human way, to find a need, and fill it and find a problem and fix it, for marks on the chart, or for justification, or for expression of worthiness, or whatever? What if none of that were relevant? What if you were already understood as worthy? What if that was already accomplished, so that the things that you were thinking about were not to solve problems, but for the pleasure of thinking about them?

What if you’ve got five subjects in your life, let’s say one of them is money, and you want to be prosperous, and you are to some degree, but you do not have the latitude in your budget to do all of the things that you want. So there is some resistance, some hindrance, some holding back, some worry, some struggle in the subject of money. Let’s say that another subject is relationships. And let’s say that you have many relationships that are satisfying to you. But the the cific relationship that is important to you, is not where you want it to be.

This is something that when you are experiencing it, it is so satisfying, and so fulfilling, and you feel so much enthusiasm while you’re doing it. And let’s say that there’s another subject of family, or loved ones, maybe your own children, maybe people are up close to you, and most of them are doing all right, but all of them are complaining about one thing or another.

So you have all of these choices of things that you could think about, seriously, as humans, you go to the ones that need your attention, and you struggle and think about them, you work hard and worry is if you think that you’re going to get to where you want to be by solving problems, is if you think that you could choose the unwanted end of the stick and activate it within you and be motivated from that, and that your life will just get better and better.

You’re wanting to attend to your vibrational nature, not to your action nature. And we know this is a difficult bill of sale that we are giving you best sales job ever that we have given you in helping you to be less physically focused and more non physically vibrationally focused but if you will make that adjustment, that slight adjustment and we know it’s going to take some focus.

You see what we’re getting at. So Esther was saying to us this morning, and she was getting ready to come down, how much she likes the practical nature of these conversations, how much she likes it, when you have something that you’re living that you want to talk about. And we’re able to talk about it in a practical nature. And we said to Esther, we’re not going to be practical for the remainder of this gathering.

Because we’re not going to talk about what you’re doing, or the action that you’re taking. We want to be incessant, and obsessed with the subject of you finding the vibrational basis of things, because everything else will follow that. And so if we have to tell you 100, or 200, or 300 or 400 500 more times, and the hours that are before us, we want to continue to ask this question until the answer that comes forth from you comes easily from you.