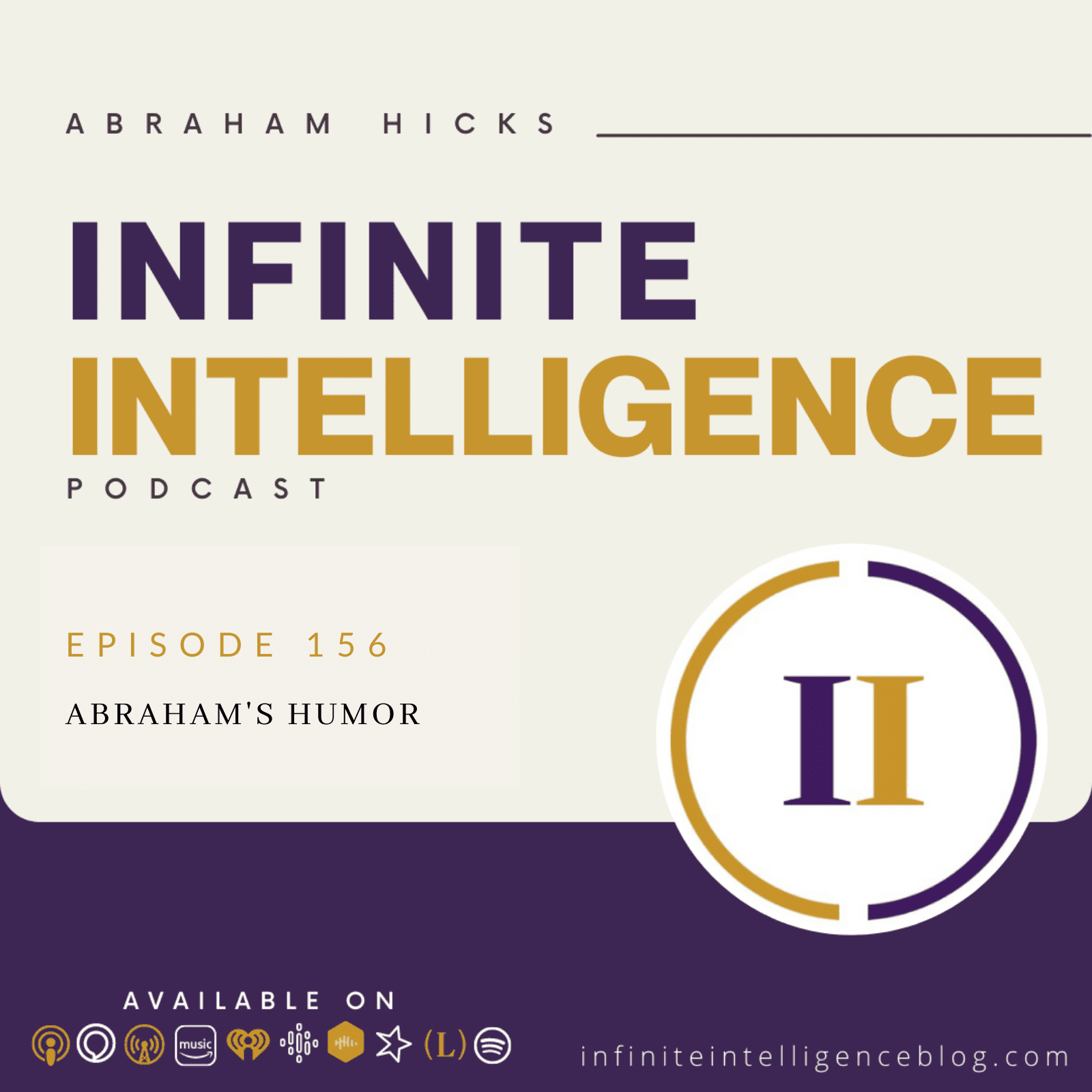 I’ve been curious the whole time that I’ve gotten to know the teachings of Abraham, since the first time I ever heard Esther’s translation, about the sense of humor. And just simply is that part of Esther’s translation or the universe just absolutely have a sense of humor, because that would really explain a lot. Some of both are true, because Esther likes fun more than all other things put together. And she likes funny. She gravitates to that. But what you’re feeling mostly, because unless you’re in the vibrational vicinity, you don’t make the connection.

So it’s about timing, it really is about our understanding of where you are, and our desire to pull you into alignment through that timing. That’s why it kind of catches you by surprise, aren’t the funniest things, usually the things that you didn’t know you were ready for. And suddenly there you were, it’s about timing. It’s about vibrational momentum. Also, you’ll never meet anybody who can read a crowd better than we can. Because we’ve got your number, we know where you are in relationship to everything that you want is a and so here, we move along.

And then all of a sudden, there is a very strong awareness that here we go. Yeah, I also want to express my appreciation for Esther, in that, not only about the translation, but in the examples that she’s willing to share in these moments of her own life and her own experience in her own work. Oh, she’s unconscious, we just take them and run with them. Her willingness is always there. And we are appreciating that too. But you know why it’s easy for her to be willing for that, because she rests mostly in the vibration of alignment with us. So she has that delicious place of knowing our love and appreciation only for her.

She doesn’t feel embarrassed. Because when we are flowing through her, she knows that we feel the value of all of it. You see, because there is no wrong place to be. All of your inner beings feel that way about all of you. I realized on the way home from the last time that I visited with you what’s come up before just today, that I actually have that too, while I was driving home and I said it isn’t the same.

It’s not the same focus and the same intensity that Esther feels, but I have it too and it comes and like you said it’s when it comes in. You can’t help it. You can’t help but say the truth. We want to give you something important, if not the same for Esther when she’s in her car all alone either. When she’s in a room here with you, with all of your asking, it’s a different experience. In other words, the calling of you makes this more it makes it more pointed. It makes it more powerful.