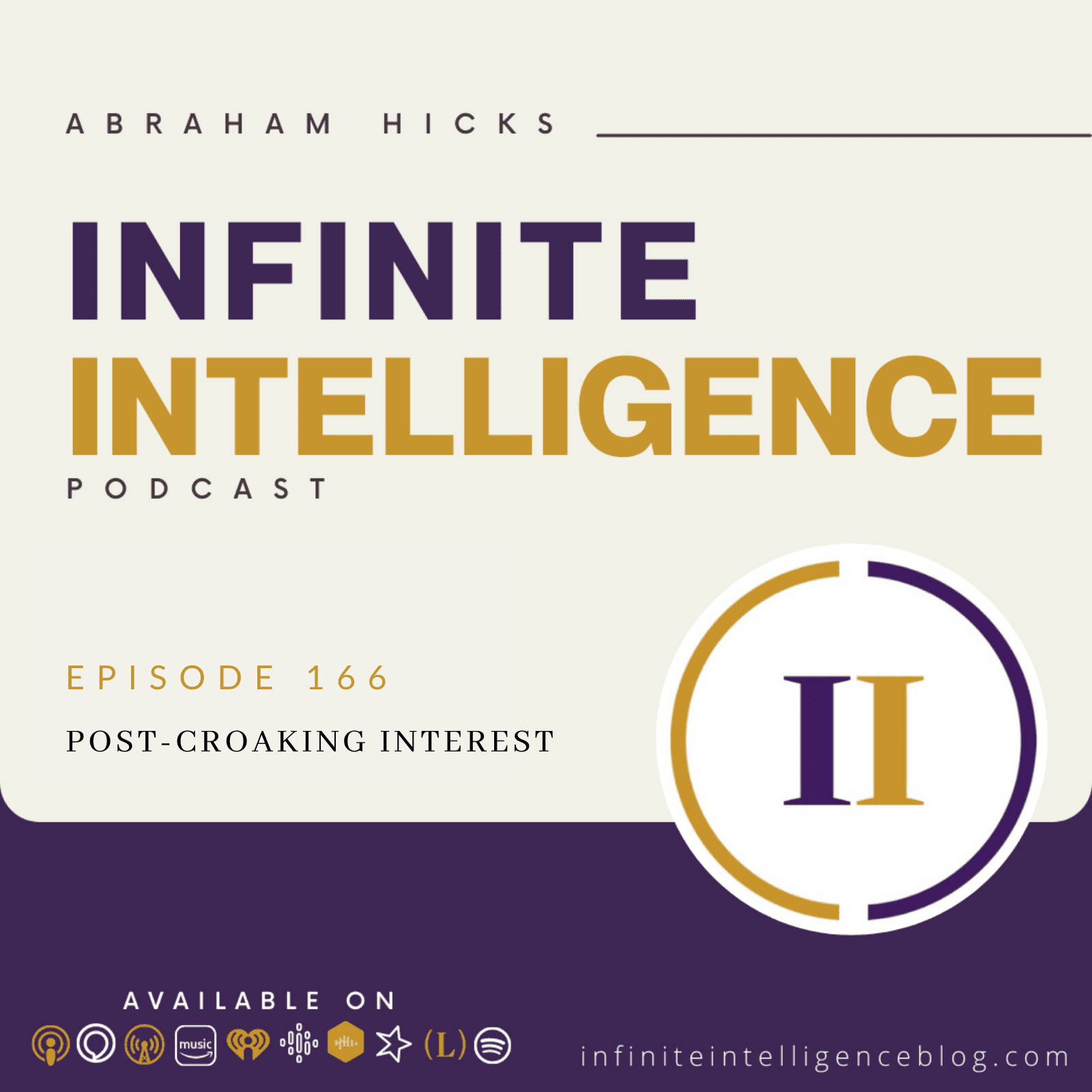 Okay, so people that have gone to the next plane, Jerry, people like that? Does Jerry do anything? Because he was such a part of everything going on here before he left or after he left? Does he have focus on staying relevant to the Abraham endlessly? He stays in that high flying place always because he’s growing. That’s why we do. Okay. If he didn’t do something or focus in that way, would he still be there? Does that make any sense? In other words, I want to be around when my babies 5560.

In other words, the interest is so keen that he never takes his eyes off of it never stops thinking about it. And anytime Esther wants to tap into what he thinks about it, he’s right there ready to meet her on any subject anytime. There’s never any lag. In other words, talk about being in the receptive mode. All you got to do is croaking. You’re right there all the time. But your question is not just about the receptive mode, your question is about the interest.

And we want to say to you that the interest that you have, in the masters that beginners have some of these thoughts are as interested in it as its progress now as they were when it was in those beginning thoughts. That’s why music continues to progress as it does, you will never, ever lose interest in your child ever. You’re interested in what’s going on and what’s being learned and what’s being known will always be there, you dovetail with the inner being of that child but you add your own unique father interest to it, as Jerry adds his own unique husband interest and partner interest and CO creator interest to it, you say, there’s no ending to that which you are.

And that which you are presents itself into each physical life experience. And as you reemerge back into non physical, you’re more interested in life than you’ve ever been before. And you don’t have to be born into a physical body in order to be participating. This is the thing that so many humans don’t understand you think that your dearly departed our department, and they’re not, they’re not departed, they’re departed from any negative emotion. And they’re departed from any of the negative stuff that they picked up along their physical trail.

But the things that they discovered in life that they put into their vortex, here’s a way for you to hear this. So you heard to say that you are non physical energy before you come into this physical body, you’ve got them. And you’ve heard us say that in this body, you are an extension of this non physical energy, you’ve got them. And then you hear to say that as you live life, you add to this vortex, and that your inner being stands there.

In this vortex having become all that you’ve asked for getting an idea of what kind of interest that is. So your inner being has been standing in this vortex. Now when you make your transition, you are that inner beam standing in that vortex as interested in everything that you put there as you ever were and more giving the impulses giving the inspiration, cheering not from the sidelines, but from right smack dab in the middle of all of it, you see, talk about the true essence of something.

And so you can’t be a parent to a child without having all those wishes and all those desires to be in your vortex about that child and so that’s just who you are. That’s who you are and who you will eternally be. That’s why we are saying we are all so tied together. The separation is a man made misunderstanding. Wow. Got that.