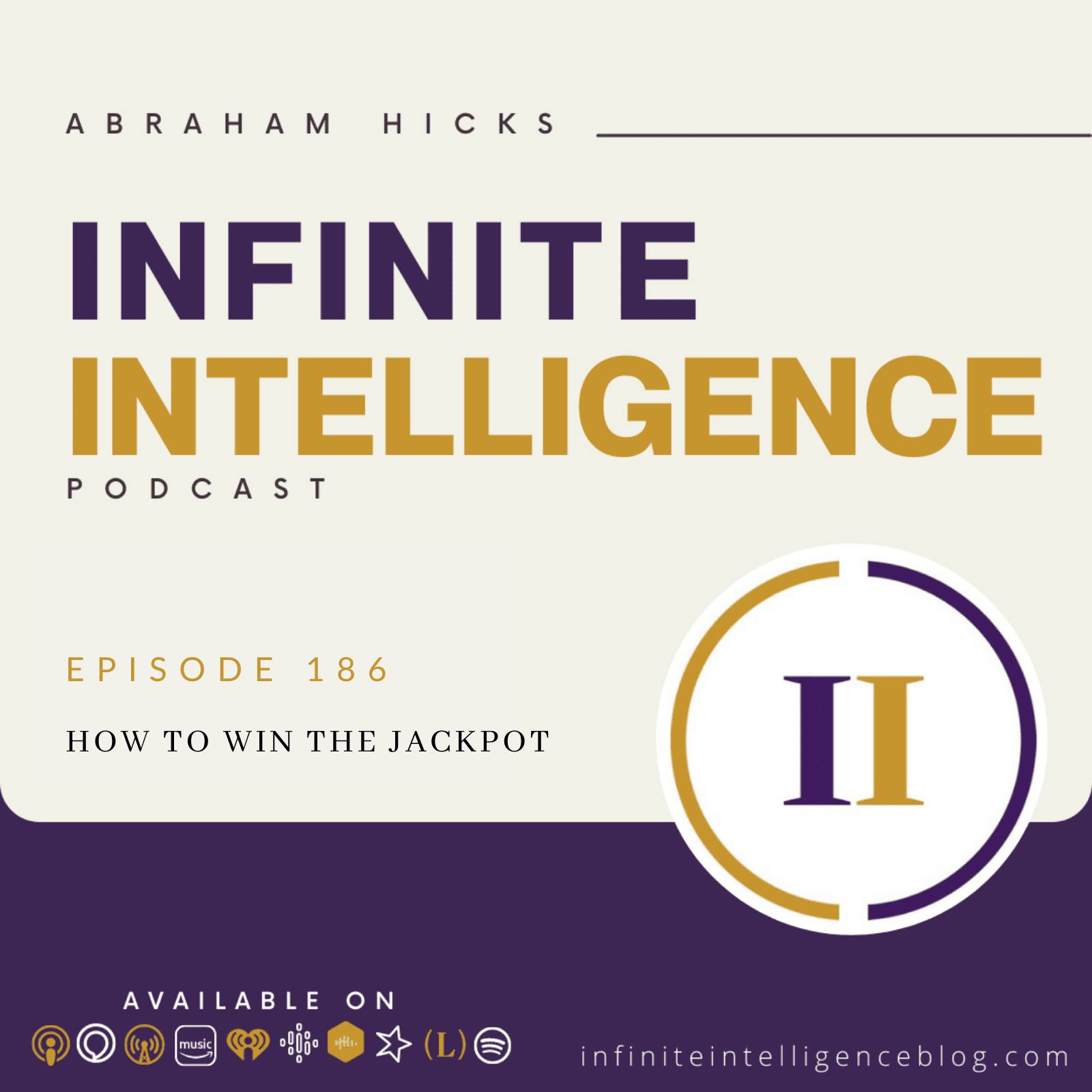 Now let’s take the same conversation relative to the jackpot feeling really good feeling really good want to win the jackpot. Want to win the jackpot, why do they call it a jackpot because it’s hard? It’s the big win. You see what we’re getting at? And so can you feel how in this conversation even about yourself that when you want something that you have beliefs about? We know it must seem odd what we want to see is just let everything wonderful surprise and delight you just know that it’s in the vortex and just live happily ever after. And let the jackpot surprise you. That doesn’t have to be that way.

But you all try too hard. Our friend says I’m really trying I put a lot of effort in to thinking positive thoughts. But the thing is, when you’re thinking about a subject that you have momentum going the other way about when you activate it’s like the stick that has two ends on it wanted an unwanted when you activate that subject, you activate it where it is. And so how can I win the hard to win jackpot? How can I clarify my unclear mind and when the unwinnable jackpot? Engines piling up going in two directions. But I’m living happily ever after things are really going my way. I’m really enjoying myself.

I’m meeting lots of lovely people. I’m following my bliss Engines, engines, Engines, engines all going that way that way, that way that way. Jackpot. So maybe, yeah, for sure. What we want to say to you is, let’s get clear about what the real jackpot is. The real jackpot is alignment, consistent alignment, and then other meaningful things will appear or be realized by you, if that makes sense to you. So if I’m not focusing anything I want is just let it unfolded out and play for, well, let’s be clear about this. You through life focused your vortex into being. And by wanting to feel good focus yourself into alignment.

Effort in and of itself implies resistance. So anytime effort feels required, you can be certain that there is some resistance in the mix. Now, if you’re talking about pulling the heavy object from one place to another, and you’re working in a physical example, where you want to drag that heavy microphone over to another place, especially since it’s all taped down, then the more effort that you apply to it, the more likelihood you would have of dragging the microphone across the stage to another place. But we’re not talking about physical manifestation, we’re talking about the movement of energy.

And when effort is required, there is always an indication that there is resistance in the mix. And so your work is to release the resistance not to apply more effort. Does that make sense to you? Now, of course, you can apply more effort, but then you get all stressed out, then you sleep. And when you sleep, you release resistance and momentum stops. So we’re just showing you a much easier way. Don’t let this practice you have of efforting translate into energy because it just doesn’t work that way.

There was no trying to convince anyone of anything. There was no work on changing beliefs. It was just blissful, blissful, blissful, blissful, no resistance in the mix. And look what happened. So it’s the same. Isn’t it nice to have an experience like that? That is so vivid, and so obvious? And then you understand so well? And doesn’t it seem easy to replicate it again and again, and again? And again. So we have some questions for you. Do you believe that your jackpot and other wonderful things are in your vortex?

Yes. And do you believe that your inner being knows where everything is, and the best timing for all of it? They do that I would like to be notified, you know when to go. So you just said to us? I do believe that they know, I believe that they know. But I would like to be in the receptive mode so that when they’re telling me something, I hear it. So we want you to know, we’re always notifying you. The question is, are you in the receptive mode? And are you picking up on the notification? If you’re in an onry mood, you’re not. If you’re worried about something you’re not, if you’re feeling like things aren’t working things are impossible, then you’re not.

But if you’re blissful, and playful and open and happy, then the impulse calls you just like it did to that table. And then from that table to another place you see the notification is always being sent to you. The question is, are you receiving it? And sometimes the notification is not quite yet. Not quite yet. Not quite yet. Look over there. Instead, look over there. Instead, come over here instead, come over here instead.

Come on. Now look, boom. helpful, very helpful. If Esther will ever want to translate anything into Chinese I’ll be available seven or eight books already there. Are you aware of them? Yes. Do they make sense? Yes. It would be helpful if you would read them and let her know if those books say what she thinks they say.