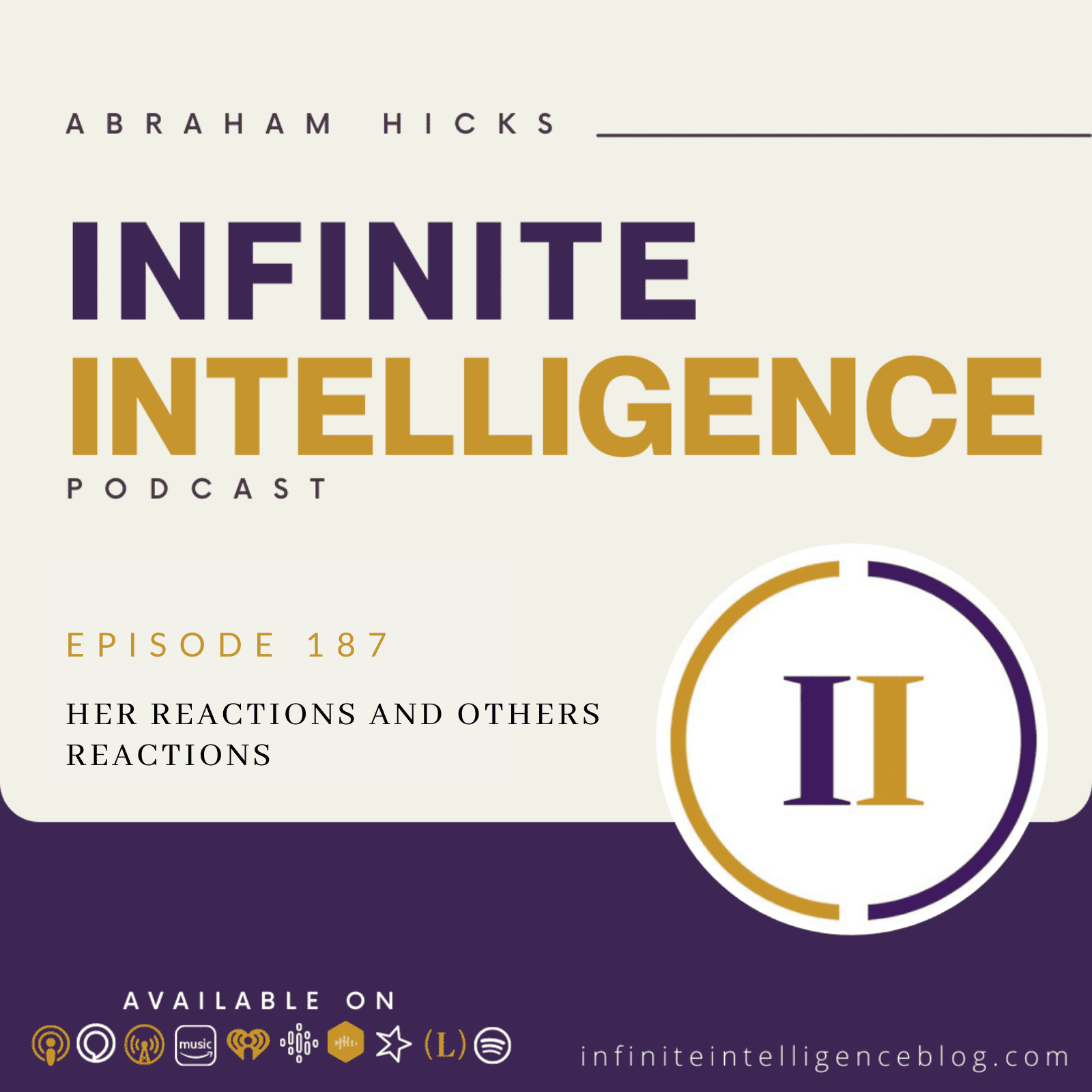 Hello. This is so cool. Okay, so I’m going to start with a tiny story of how I got here. A month and a half ago, I didn’t know, I didn’t have the money to come here and had no idea. But I was having a really, really nice time writing, I’m a writer. And I just have to stop and say, open the writer 12 years, and I’m writing this story. And I love it so much. The story, by the way, says, Just had to say that. So, a month and a half ago, I got an advertisement in my letterbox from my bank, offering me a loan for 3000. I was like, oh, that’s just the amount I need for the crease.

That’s great. But I didn’t have a job didn’t have money for to give the money back afterwards. But I was like, Well, I’ve felt good the whole year, and I had enough money to survive the whole year. So I’ll find something afterwards. I’m so booked the ticket. And then I imagined what I would ask as a question. And how do I pay the money back? It wasn’t that, but it also answered that. The question was, I’m a writer, but I’m also an actress. And my big brand is this series of books that I’ve been writing for 12 years, and I’m still writing, so four book series.

And I plan them to be films, and I have a character that I want to play in them. And I’m planning to do more acting through that. But I also want to do more acting on other projects. But that kind of requires me to move to America, because I’m not really interested in the film industry, in France, and French. And so I know that will happen, because I know my book is going to be hugely successful. And it takes about a year for the book to be published. So I have this one year ago, what do I do in the meantime?

So my question was going to be that, and then I strongly expected an answer, because I knew I was going to come on the cruise. And five days later, I got the answer. So it was really interesting to see how the expectation got me the answer. And the answer was, came through someone contacting me on the internet, because I was offering English lessons. And this guy’s wanting to learn French, and he’s traveling around the world, before his businesses, so he wants me to follow him for five months to teach him French.

So I’m going to travel, still have time to write because there’s only three hours of teaching a day, and have loads of money, be paid to travel and then have loads of money afterwards to go to America. So it’s perfect. So now let’s chew our way through that just a little bit. Because following the conversation that we just had, there was a lot of deliberate intentionality in the way that you were approaching this. But could you feel as she was explaining that there was not resistance in that? Could you feel her expectation in a non resistant place?

Because we don’t want their answer to influence your answer to the next question. Could you feel an absence of resistance within her? And did it feel to you like you were struggling or straining? Or were the answers coming almost as quickly as the questions were being formed within you? Before right now, sorry, I got confused. Well, as this was unfolding, Didn’t it feel like the next logical thought the next logical step and so that’s that sweet spot that we’re talking about?

That’s that being in the flow, having already gathered enough momentum so that the idea of the cruise even though there was an expense to it was not particularly off putting to you now that’s not always the case. We never want to encourage people to go into debt, especially worrisome debt. So as you made the decision to do that, but you held yourself in a vibrational place of no worries, you reminded yourself how well you’d been doing, you had confidence that you could figure it out.

So they don’t know what they’ve been doing for the last few years. And suddenly, they see me having this opportunity. And a lot of them thought there had to be something wrong about it, especially as he contacted me on the internet, it had to be something really bad and very dangerous. And at first, it really made me laugh, because it made me realize who was naturally in the vortex and who wasn’t. Alright, now this is a really good indication of where your momentum is, and what your alignment is, and what your inner being is telling you.

So at first it felt and then, and then it got so intense, because I went to see my family. And some were really stressed out about it. Because I have to say that the reason that we’re stressed out is because he’s from Qatar. And there’s so many ideas about the Arab world. What was interesting is, I never had a thought of, it could possibly be dangerous, it didn’t cross my mind. But the thing that we want to emphasize with you here, and the thing that will benefit others as they’re listening in is so you’re in this receiving mode, you’re in the receiving mode, you’re watching things unfold.

And then something else enters the picture family and concern friends who are already a part of your vibrational mix, who, as you say, are not ready to be up to speed with you. And so in order for you to even have a conversation, you have to come to where they are. And that’s when you began to feel uncomfortable, not because what they are saying has any credence, but because in order to even have that conversation with them, you had to join them at their vibrational. Yeah, I know, I saw it happened, how? First it was only a few person and then it got bigger and bigger and bigger.

So I know I got caught into this, into this worrying that to the point where at some point, they really almost convinced me that it was wrong thing. And then I was like, No, of course it’s right. Because everything was such perfect. What you’ve just described through this example of what you’ve been living, is the reason that almost everyone denies themselves their own dreams. Because when things start going good, they think it’s too good to be true.

Their lack of belief and their own worthiness makes them suspect, foul play when anything begins to turn in the direction of what they want. Yeah, it’s pretty obvious that. So what I’ve been accused of, because I didn’t think of the possible things that could go wrong. And that’s what is worrying my family the most, because they sort of know for a long time that I’m naive, so they’ve accused me of being naive all the time. And they say, Well, maybe it’s the right thing, but at least we’ve made you look at what could possibly go wrong. So you’re sure that it wasn’t that.

And in being that way, you are in a place of non resistance and in a place of pure positive energy. and your inner beam is there with you, knowing what you want knowing everything about you. And let’s say that accurately. So under those conditions, your point of attraction would not bring unwanted things to you, because law of attraction never gets it wrong. But let’s say you live in a world where everyone’s not there. But a lot of them have lived some things that have made them not trust, they’ve lived some things that have made them doubt. And they keep demanding your attention.

And so they keep bringing you to this resonance to this resonance to this resonance. So here’s a very simple question that we have for all of you, and especially for you. If you are in this place, this sweet, naive, if you want to use the word, pure positive energy girl, and your inner beam is there with you. And something comes across your path that is sinister in nature. First of all, could it get into your experience? And let’s say even if you’d been influenced by others a little bit, so that it did get into your process a little bit?

And that’s exactly how I felt want to still wait for just a moment. So which would you rather be yourself? Or have someone that you loved be someone who’s here where their sensitivity to anything unwanted is keen? Or would you like to talk to them about it so much, that they are so accustomed to this feeling that they don’t recognize the awfulness of it when it’s right before them?

You get that humans dole their guidance by focusing on unwanted to the point that they don’t know what their guidance is telling them with call that naivete. This was just as preparation because I have my sister’s wedding two days after the cruise, I’m gonna have my entire family. So I need to be strong. You might want to stay in Rome for the two days after the cruise that’s on the day, she gets married. But But now that I’ve talked to you, I’m sure it’ll be fine.

It was fine already before it just it was better to hear from you. Thank you. Well, there was a powerful conversation that we just had, and a new point of awareness that many of you felt, and we’re really wanting you to know that the more in alignment you are, the more sensitive to resistance that you are. But the more you spend in resistance, the less likely you are to know it when you see it. It’s such an interesting thing in parents warning their children about things that are of danger, what they’re really doing is increasing the momentum about the very thing that they don’t want their children to live, and they’re making their children less likely to notice it. Less likely to notice it. Why?

What you’re really wanting to do is to come into alignment with who you really are. And then you can be out everywhere where Law of Attraction will bring to you only those things that are a vibrational match to where you are. The world is full of things, especially these days that you are aware of. Not more things happening but more of your awareness of those things that sort of want to drive you into seclusion and out of what you think is danger but you are adventurous beings who want to be out there exploring and becoming and enjoying. Yes.