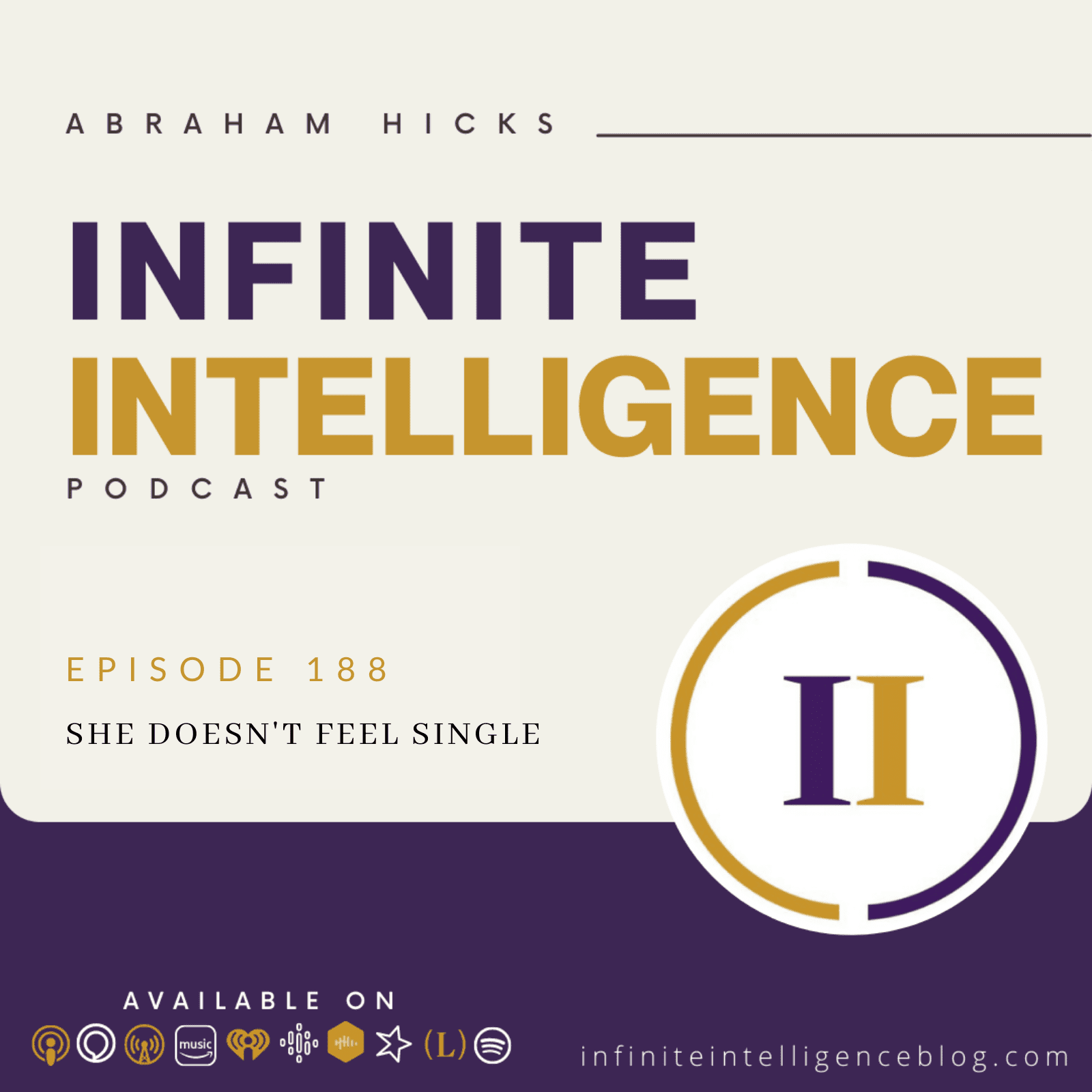 So completely different subject. Whenever I’m asked whether I’m single, I feel like I have to say yes, but I really don’t feel like yes, I feel like, um, I already know the person I’m with. I am with him already. And I see him so often. Like, it’s so easy to see him and I don’t know the face, but I know that I know, his movies. I know how he behave. I know everything. And I’ve heard you say to people, you don’t have to access somebodies knowledge.

You don’t have to wait for them to croak they can access it when they’re alive. And so I was thinking, those images that are so clear of that person, could it be that I’m accessing him right now. So we’re sort of already having a conversation with him without having met already? Well, what you’re describing is what it feels like when you are offering no resistance. And so you are allowing yourself to be part of the vortex will process as it is in the state of becoming. In other words, the answer to that question is yes, you are vibrationally picking up on something that, in terms of manifestation seems like future tense, but in terms of vortex is present tense?

And isn’t it interesting how friends Well, meaning friends are always wanting to ask the question that jerks you right out of the vortex? Because they’re demanding reality that they can see. And that’s what makes it harder and harder for you to stay in sync with the reality that you can sense is that others keep asking those questions that make you feel like a lunatic to explain that something is that they can’t see. And so you just have to find some ways of answering their questions that are so boring that they stop our skin in time. In other words, when they say are you single, you mean me unto myself in all of the vastness of this universe? not connected to anything anywhere? You mean single like that?

And they’ll say, No, not like that. You say me disconnected from the whole I who I really am singularly moving through time and space. No, no, no, no, I don’t mean me out on a desert island away from all others where there’s no conversation going on, or anything else happened? No, no, I don’t mean that. And then just wear them down and say I have plenty of partners. I have plenty of partners. I’m completely satisfied on all levels of my being.

And then they’ll say give me the juicy details and then say none of your business. Thank you enough. Yeah, thank you well, we’re at the very ending and so we’re looking for something brief and easily solved. And you’re all too complicated. We’ve enjoyed this interaction immensely. It is delicious to come together with both like you, whose powerful and dominant intent is to continue to live happily ever after. Be easy about all of this and have fun. We’ll see you want a day or two or three. Good Day All right.