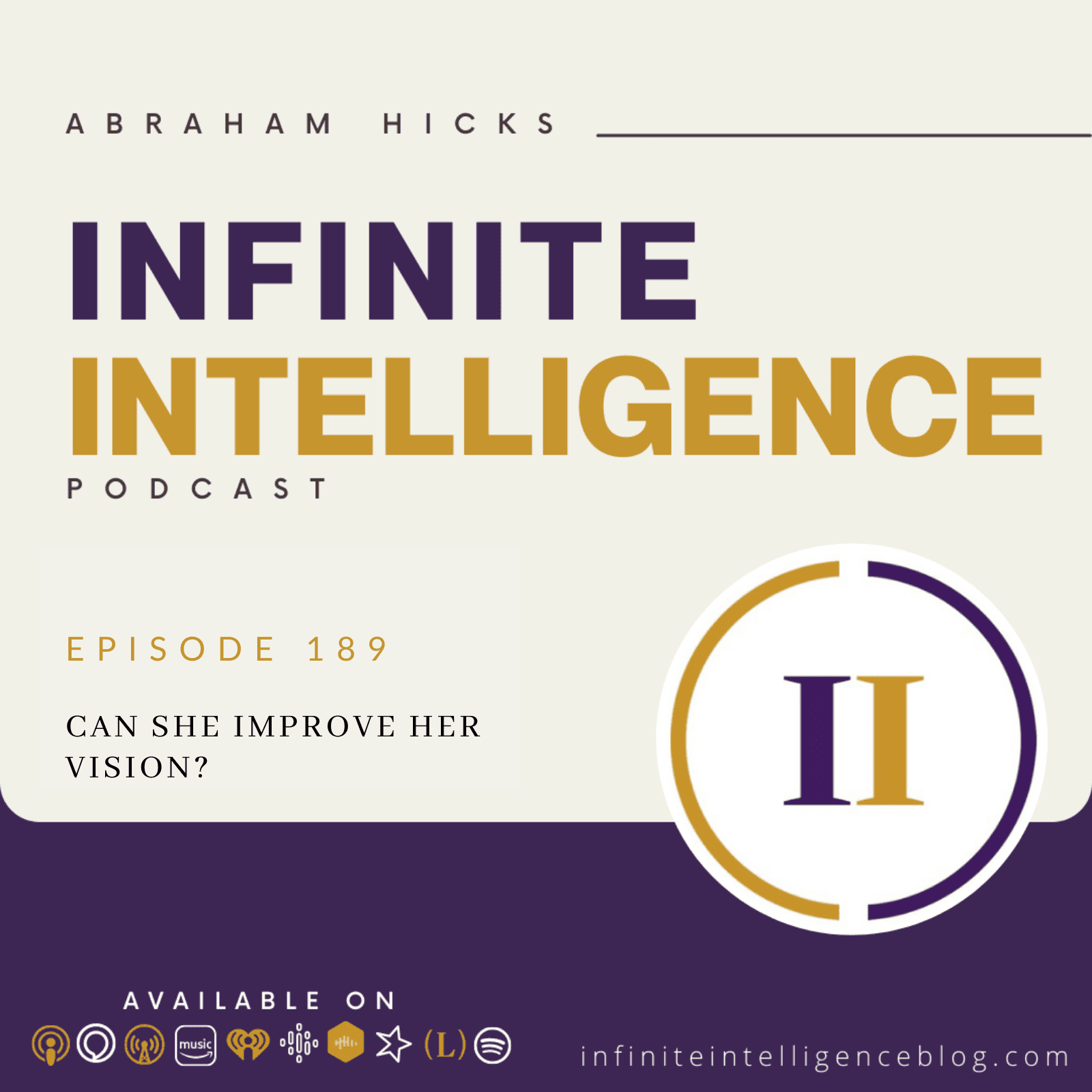 Good afternoon. co creation at its best. Yes, we’re ready to go. Are knowing what you are wanting, tuned in tapped in turned on? Wow, this is crazy. This is my first cruise my first Abraham hicks thing. And here we are I’m really grateful to be here. I’ve never been on a cruise. I’m here for the first time with Abraham Hicks. I’m here with my sister who’s my best friend. And here we are in the Mediterranean with a bunch of very cool people having a wonderful time.

So I’m very, very grateful in a very good place in my life right now. I have two questions. One is kind of general and might be of interest to everybody. The other one, of course is a bit more personal. Generally speaking like glasses, I’ve worn glasses since I got out of college. And I’m wondering how can I see better? How can I see without my glasses? What can I do so that I can improve my vision? Like it’s a muscle that can be enhanced? So is there any way where I could eventually either eat more carrots or do more eye exercises? Right, so I could see better?

And maybe not even use these? Is there a possibility of curing or bettering my eyesight? Yes, there is. The most important thing to understand about any desire that you hold, is that it’s all about focus. And it’s interesting that we’re talking about eyes and focusing at the same time that we’re talking about vibrational focus. So the thing that is interesting about the way you feel about it, and even about the things that you said about it, is, as you took your glasses off your belief and expectation is that you could not see as well. And so, of course, have you noticed these differences?

Have you noticed that when you are tired, or even you might say when your eyes are more tired, that your vision is more blurred? And have you noticed that when you wear your glasses that your eyes do become dependent upon them. In other words, the lenses do the focusing so that your eyes can become lazier. That’s why your prescriptions usually, as you go through time becomes stronger and stronger, it isn’t necessary that your eyes change, they just do because you don’t give them a reason to focus in the way they are capable of doing. Don’t you think that’s an interesting thing.

And so it would be helpful to begin saying things such as I’m really appreciating these lenses, which helped me at times to focus more clearly. And then occasionally, don’t put them on and expect the same thing of your own eyes. The best example that we have of this to give you, Esther and Jerry moved from Arizona to Texas. And it required a new driver’s test, and therefore a new eye examination. And Esther looked into the little contraption, and she said, this is broken.

Because the last time she looked in it, things were much clearer. And so the nice woman explained to her well, no problem. If you can’t see clearly, we’ll just come back. But in the meantime, go get some glasses so that you can see what’s here. And Esther thought that seems like a lot of trouble. So she said to us, Abraham, can you see? Can you see what’s in here. And so we just tipped her head a little bit this way a little bit that way, ask her to breathe deeply and looked again and she read the letters off from inside the contraption.

And Esther was astounded by the experience because she knows they’re the same eyes. It’s just different point of focus. You see what we’re getting at. So we can tell you’re not really having any of this yet because it feels like There’s something that you need to be doing that you’re not doing. But you just haven’t looked at it this way before your beliefs get in your way. And there is a common belief that your eyes get worse as you get older, or how do you explain Abraham that some are born with better vision than others?

In other words, sometimes children at an early age, we know we know, we know there are all kinds of manifestations that you use as your justification to not have things the way you would really like them to be. But you asked this question, how could I see more clearly through these eyes? That’s what we heard you ask? And the answer to that is, first, understand that you can expect that it is possible. Don’t get all excited all at once, don’t try to be healed, suddenly, it’s not like that. Just care about your focus.

Sometimes, when you look at things, it depends upon what else is going on in the atmosphere also. And we want to say to you that the new lights that you’re putting in your homes are of a different vibrational frequency, and then make it more difficult for you to see, have you noticed and all of you are putting more strain on your eyes, as you are reorienting yourself to the world within the little thing in your hand, rather than the world out there. were surprised you can see anyone spaced anymore, unless it’s on Facebook.

And so, it really is a matter of using your eyes in a broader way. Look out into the distance every day. Look up close every day. In other words, in the same way you said it carats. That’s always nice. eye exercises? Yes. Yes. Use your eyes to focus but dependency on the lenses will keep you from deliberately focusing your eyes. And then your vision most likely will require more and more focused lenses. And I have a lot I do get that I do. Thank you.