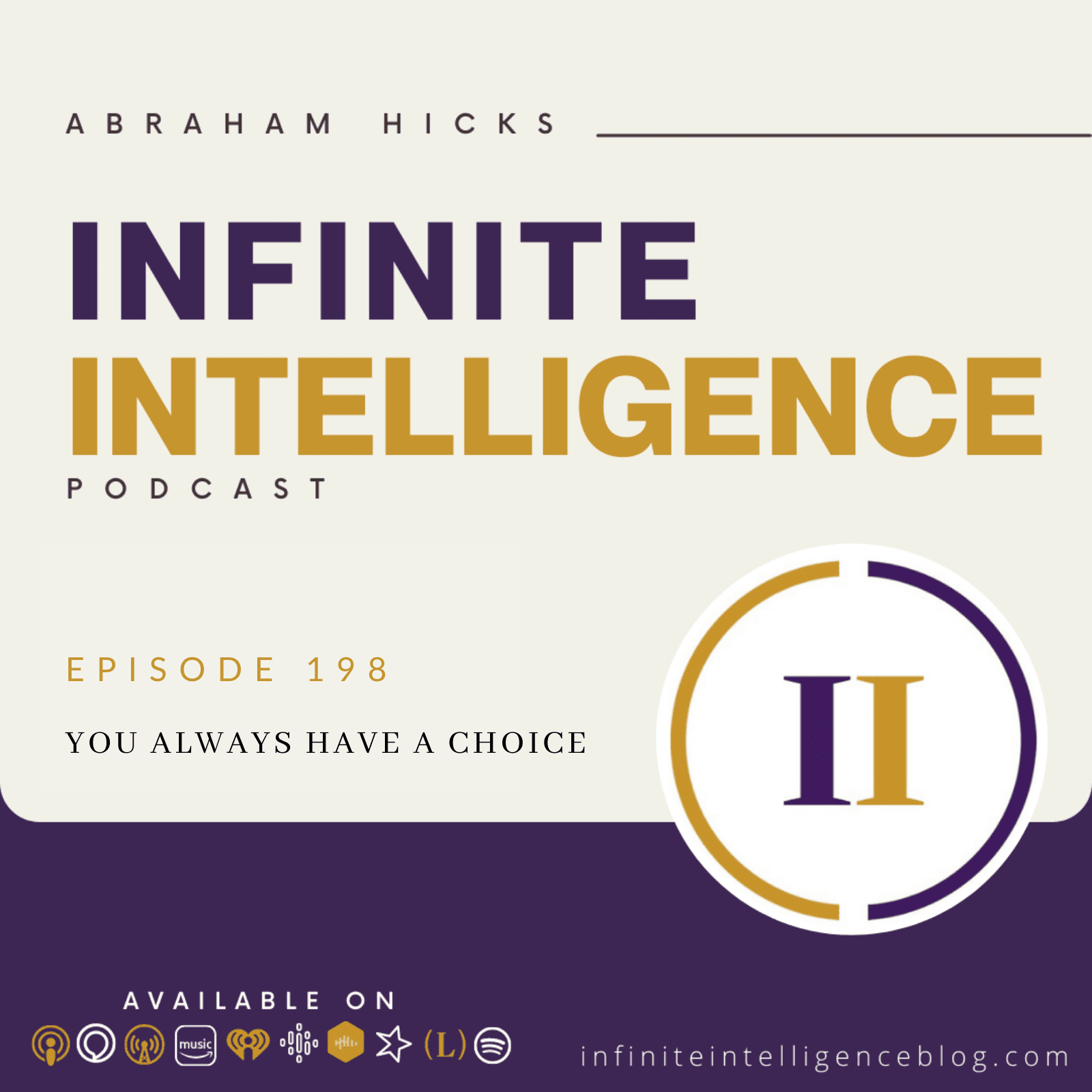 So, like the last lady, I want to share a story yesterday. And probably I have a question too. But yesterday, when we arrived in Bilbao, I woke up at six o’clock in the morning. And then I realized that I had a heart rhythm. disturbance. And it’s something which I have already for 20 years. And last for years, I didn’t have it anymore. So I thought problem solves. So when, when I noticed it, I was really annoyed, I was really disappointed. And I thought, Oh my God. And, and it has to be restored by by an electroshock. So I went to the medical services downstairs in the deck too.

And they said, We cannot do it. Because we’re not allowed to have tests to be done by cardiology, credit logist. And so I had to go to the hospital and Bilbao. And I know the whole procedure takes about six to eight hours, because you first have to check in and blah, blah, blah, and the whole thing. So we went to Bilbo and it’s half past, I think it was one o’clock in the afternoon, I just arrived in the hospital, and a lot of administration, etc. So at half past one, I was laying in bed, and I thought I can’t manage it to go back on the ship, because we had to go back and ship at six o’clock, seven o’clock.

And suddenly everything went very smoothly. I was straight into bed there was a doctor who spoke very good English and and also knew what I want. Because I know the whole procedure. However it is not for me not so good animal medicine into an I recorded IV. Yeah. And the medicine doesn’t work. But they say we have to we have to follow the protocol and first medicine then wait for four hours and then the cardioversion and you have to rest out and Okay, doesn’t work, then I’m not the time back in the in the on the ship. But I was convinced though, so I said to the lady.

Well, the medicine does work, but okay, do it. It’s the protocol says it has to be done, then wait for one hour, because within one hour, it has to be it helps me or it not. And then she said okay, we do it because you are convinced. And you’re also a an and the patient, you’re also an expert on your own disease. So, which is a very wise person? Yeah, it was very wise, very wise. Yes. And I thought, Okay, I’m creating my reality, which I want. Well, I think it was about four o’clock, I got the electroshock, and the five o’clock was back on the ship. So I managed it. And when when I went back on the ship, and I looked back to the whole event, I thought, this is really, really clarifying moment, because I changed my mind.

And also when I look back, I can see also the cooperative components. Because there was a lady on the ship also, she was with me also because in Spain, in the hospitals in Spain, the the doctor speak for English. So they say someone’s joining you, who speaks Spanish and English as she did it. Great, great, great job. And then the doctor came. And then so everything went, you know, I thought this is really this big stuff. And when it came back on a ship and I felt also another my energy was also changed really changed.

I was so grateful that I’ve been back on the ship. And even I noticed that the time was even somehow became slower. I was so I felt gifted, I felt as though especially this morning also. And I thought this is in this whole environment with you in front of you and with all the people and that this happened at this time. It’s kind of a gift. And our question because I thought the resistance at the first place. It felt I was really annoyed. I thought it is step one resistance that five resistance you told on the first day.

And the step five resistance is when you know that’s coming good when you realize you’re back in step one, but it’s all right. You’re not mad at yourself. In other words, you’re aware that you are in a resistant moment, but you are not compounding the resistant moment by beating up on yourself. Instead, you’re sort of stepping back from it looking at it through the eyes of source. Yeah. But in the first place, I felt, why me? Why at this time? Why not next week or whatever? Yeah. But why now?

So I was a friend earlier was talking about, is it possible that I could be called to something for the benefit of something? So there is some of that? We liked your words, especially when you said it felt to you. Like, it gave you an opportunity to focus in an environment where you are particularly in sync with source to focus upon something that ordinarily would take you out of vibrational think it’s an interesting thing, isn’t it? Because this whole experience is about alignment is about rhythm.

It’s about syncing up. And so it’s nice, isn’t it? That is because I noticed that you always said every situation has two sides of the sticker. Yes. I noticed that yesterday, I thought, Okay, I have a choice, I can choose for either one end of the stick or the other one. All right, well, it’s a wonderful conversation. So let’s dig into it a little bit. So we were talking about the stick, or the new example of the train, with the engines going this way, and the engine is going that way, and how every subject is really two subjects.

And that in every case, you always have a choice of which way you’re leaning. So as you’re in this more intense environment, in a situation, unlike a lot of situations where timing is really of the essence. So something happened that ordinarily would have caused you to put more engines on the other end of the train, more resistance that would pull, but because of the importance of the focus, because of your desire to return to the ship, something about the timing, activated within you a stronger resource to focus.

And so don’t you find it wonderful, remarkable, and wonderful, that under those conditions, you were actually able to focus yourself into your desire and away from your fear. Anytime there’s something going on with your physical apparatus, we would like you all to know this. Anytime there’s something going on with your physical apparatus that is more intense, let’s say your resources, your inner being the Source within you is focusing in a stronger way. So you actually have more opportunity for stronger alignment then than the other time. Most people however, do not receive the benefit of that, because they’re worrisome engines are keeping them from but you weren’t in that situation.

Other words, you were moving enough in vibrational alignment with who you were. And so it’s a wonderful opportunity for us to all have this conversation. We said to you, all the other day that if your engines on your train, that are moving in the direction of your desire, are moving with enough velocity, it doesn’t matter what your beliefs are. And there’s something emphatic, there is a greater benefit. When there is resistance and desire is pulling stronger, and you have conscious awareness. That’s what’s happening. Because in those situations, you are finding the knowledge or the understanding, to just let go of those unnecessary worrisome things.

There is always a resolution, there is always a resolution. And the timing is your choice. So you just showed yourself that you can have perfect timing to yeah, there’s delicious because this experience was so wonderful. I felt there’s also this morning in a meditation, a difference when I’m not really aligned. And I do meditate. I don’t feel that that time, the whole fortex as as a possibility. And this morning, I felt that it was like like this. Yeah. And what do you think, from inside the experience of this?

This is the powerful message from this experience that you’re assisting us in translating an emphatic way for more to hear. You weren’t relying on the condition to change your alignment, you found a way for your alignment to change the condition is where we began earlier today is not the easiest thing. You said that in your opening words to us, it was not easy under those conditions. So what do you think gave you the resolve or ability to focus in a situation where it was not so easy? What would you say was about? Because intellectually, I understand the whole thing? Yes.

So I thought, Okay, I’m sitting in a very serious situation. Alright, so the seriousness of the situation caused a stronger sort of determination. The second thing is okay, if I have to stay in Bilbao, that’s also why by me, then taken overnight in Bilbao, take the transfer to Lisbon. And then, okay, I lose this workshop. So those contrasting experiences really helped to clarify. In other words, this is why this conversation all day here today about focusing is so perfect for this conversation, because we’ve been talking about is focusing, we’re talking about energy focusing, and you’re talking about how this situation caused you to mentally and emotionally focus. So wonderful thing, isn’t it?

We like it. Me, too. Enough. Yes, because before you go further, I want to ask you to just sort of, do a sort of self check with yourselves. Under those conditions, do you think you could focus? Or would the situation carry you away? Because this is the difference between deliberate creation and creating by default, most people have an emotional response to the conditions where an unconditional creator is one who chooses the vibration, regardless of the condition.

Powerful, because this event was for me also the reason to want to sit in this chair. And then when it wasn’t aligned, my question was completely different. I would ask you why, in this whole situation, I’m happy at film. I’m on the ship with you and everybody and why does it happen at this time this event? That’s so feel the defensiveness of that question, and the unhelpful pneus of that question. And in alignment, what is the question? The question was, that it was it felt like a gift. Clarifying moment Yeah.