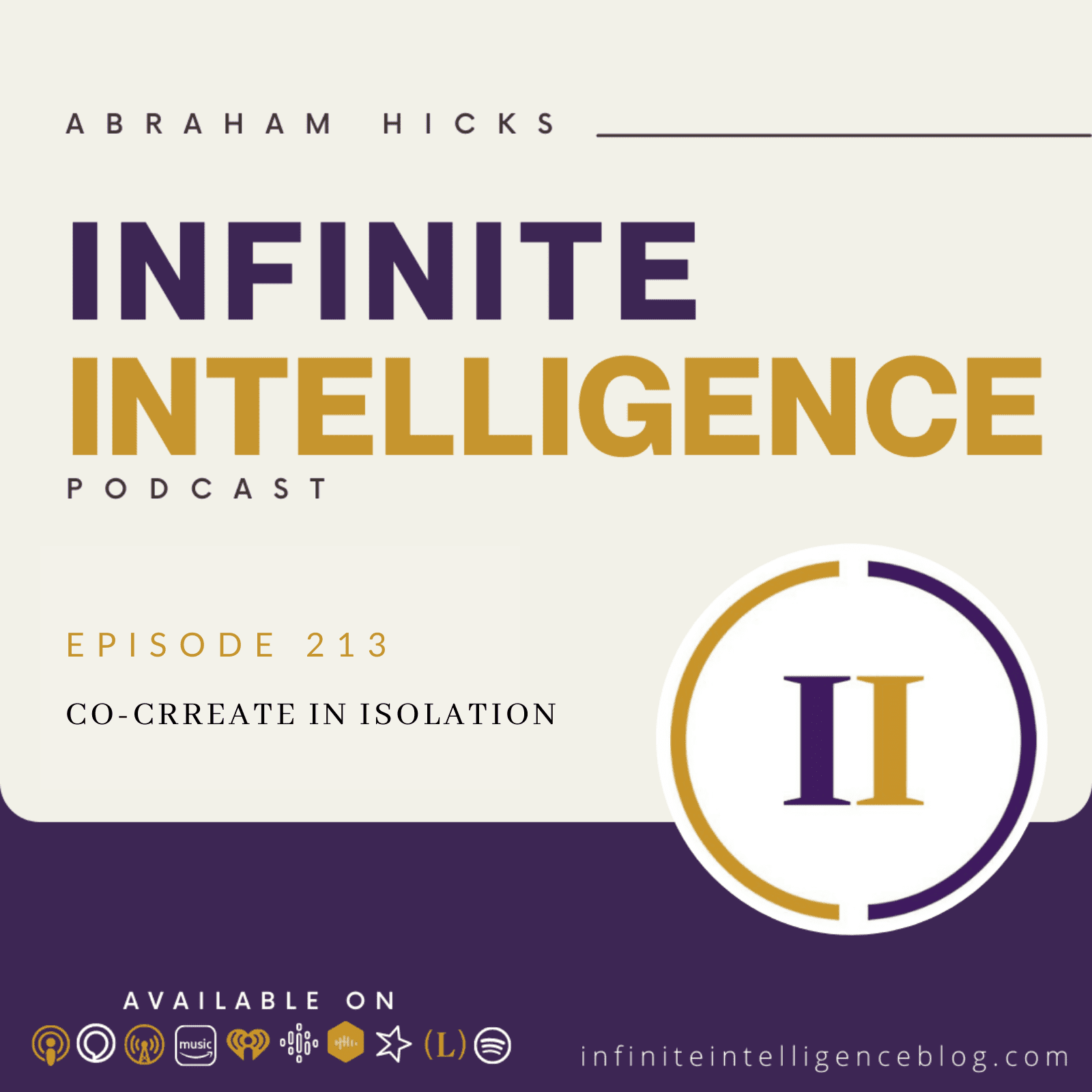 Maybe it’s related to this other question, is it possible to co create in seclusion? Is that an isolation? Well, the thing is, you see, this is a really significant thing that you’re saying here. Because it uncovers a big misunderstanding and you and maybe a whole lot of other people. You see, you connect with your source. And let’s call that co creation, although it’s not what you mean by co creation. But it is, is the ultimate co creation is CO creating with source co creating with who you really are.

So let’s just say you hook up to that. And we won’t call that CO creating, because that’s not the way you met, co creating you met co creating with other people. Well, I was just doing it that way. I thought, yeah, I was wondering if it’s possible that I’ve been co creating, if I have been in seclusion for, you know, well, primarily in seclusion for 20 years, let us follow through on this. Because when you come into alignment with who you are, that’s called creation at its best.

And then inspiration comes and you begin Rendezvous in with others, which is what humans usually want to call co creation. In other words, when you take the time to hook up to that energy, one who’s connected to this stream is more powerful than millions who are not, the leverage of alignment is so significant, that we can’t even find relational words in order to help you to understand it. So once you’ve taken the time to hook up to this current, then as a stream begins to flow, then what humans usually want to call co creation, which is relationships and things in business and things that you’re doing with others takes care of itself, because you’re all on the same vibrational frequency, so to speak, co creation at its best is when you’re tuned into your inner beam.

And then you’re Rendezvous in with other people who are tuned in to their inner beam so that you’ve got all your cylinders going so that all your circuits are open, so you have access to infinite intelligence, and off you go. So your mix of people with lots of things in your vortex with lots of things that you desire, and so much intelligence, so much human intelligence, so much experience, so much probability of really co creating and powerful ways. But anyone who hasn’t taken the time to hook up to who they are, cannot hook up with other people who are hooked up. Haven’t you noticed that?