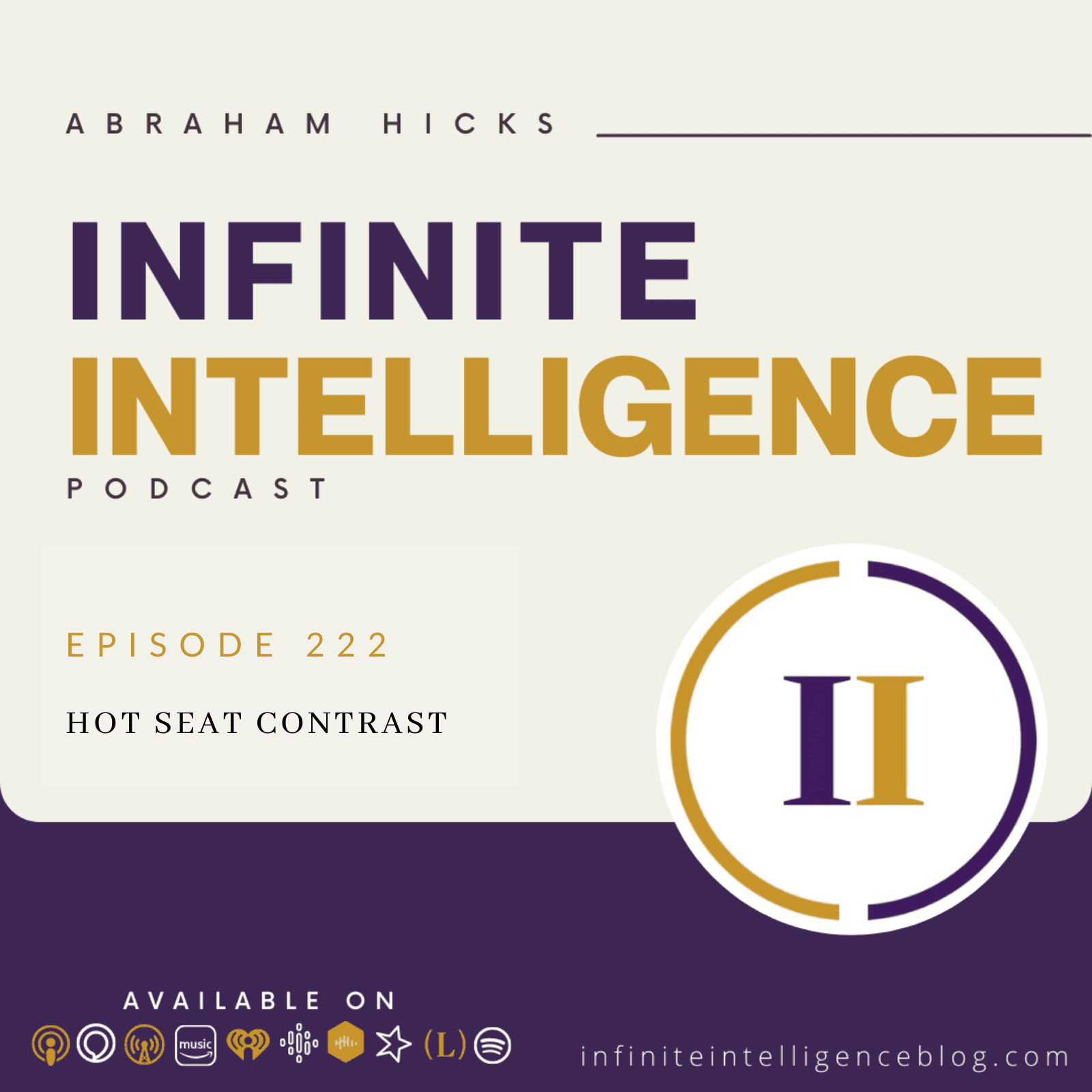 And so I was just feeling what it would feel like to sit in this chair. And doesn’t feel better now you’re in the chair? No, yes. No, yes. It does. It does feel better. The manifestation is more than the thought that came before it. Therefore it must feel more tactile, I feel lost in it as well. I feel when I was sitting at my seat, I felt more calm and more relaxed. And because you had not made it a reality yet you’re not turned it into a manifestation? Yes. So stay there for a minute.

Once things turn into a manifestation. Now your focus is back in this realm where you can see more, were using more of your physical senses. So are we saying Did you just say, Are we making you say whether you want to that once things manifest that there is then more introduction of contrast to them? Yes. Yes. Big time, and also more awareness of it. Contrast because of awareness? Yeah, there is no contrast that comes other than through awareness. Yes, yes. Yeah. And so.

And then once it manifested, you heard her say it now there’s more contrast, which is putting more into the vortex, what do you say the more is that you put it in there? As you’re feeling the contrast of being here? Did you say that you’re feeling more contrast? Yes. So knowing what you don’t want, what is that contrast? Can you verbalize it? Yes, it’s the feeling of inappropriateness or All right. So I don’t feel quite ready. I wanted to be there. It was inevitable consequence for me to be here.

But now I am here. I’m not sure that I’m really ready to be here. But that’s not really me, either, because I was you just said that it was but I don’t I feel like it’s something that’s presented to me doesn’t matter. You felt it? It is you okay? Because you are what you feel? Yeah, this is really good. So the manifestation happened. And now you take another look, because now you’re standing in a whole new place with a whole new set of contrasting experiences.

And now what’s the rocket of desire that has launched more ease and more of me flowing through me? More feeling of, it’s all right. And I’m perfect, just as I am. And I’m right, just as I am. How did I get here? By accessing those few that were not already true, then I wouldn’t be here. So my being here is the evidence. So it just keeps coming and coming. Follow that? Yeah. In other words, you could say if I’ve come this far, there is no distance that I can’t accomplish. Yes. Since I’m here, it would be illogical for me to say that there’s anything left out of my ability to accomplish.

Yes. Well, that was good. That’s so tied into what I wanted to talk to you about really, but right now, yes. But now, I wanted to ask you, my hands are buzzing like crazy. They’re vibrating. It almost feels like they’re gonna come off my body. They won’t. It’s just energy, some of what Esther was talking about. Tow in a light socket, sort of. Yeah, I get that a lot. Yeah. Thank you.

So an is little evidence of a little resistance, which you already verbalize. So just relax. You said more ease. So Oh, can you relax that vibration away? Can you just acknowledged all as well and here I am, and it’s all perfect. And Abraham is understanding me exactly. And I’m getting ready to say something more is the energy subsided a little bit as you relax and just allow it little bit what else.