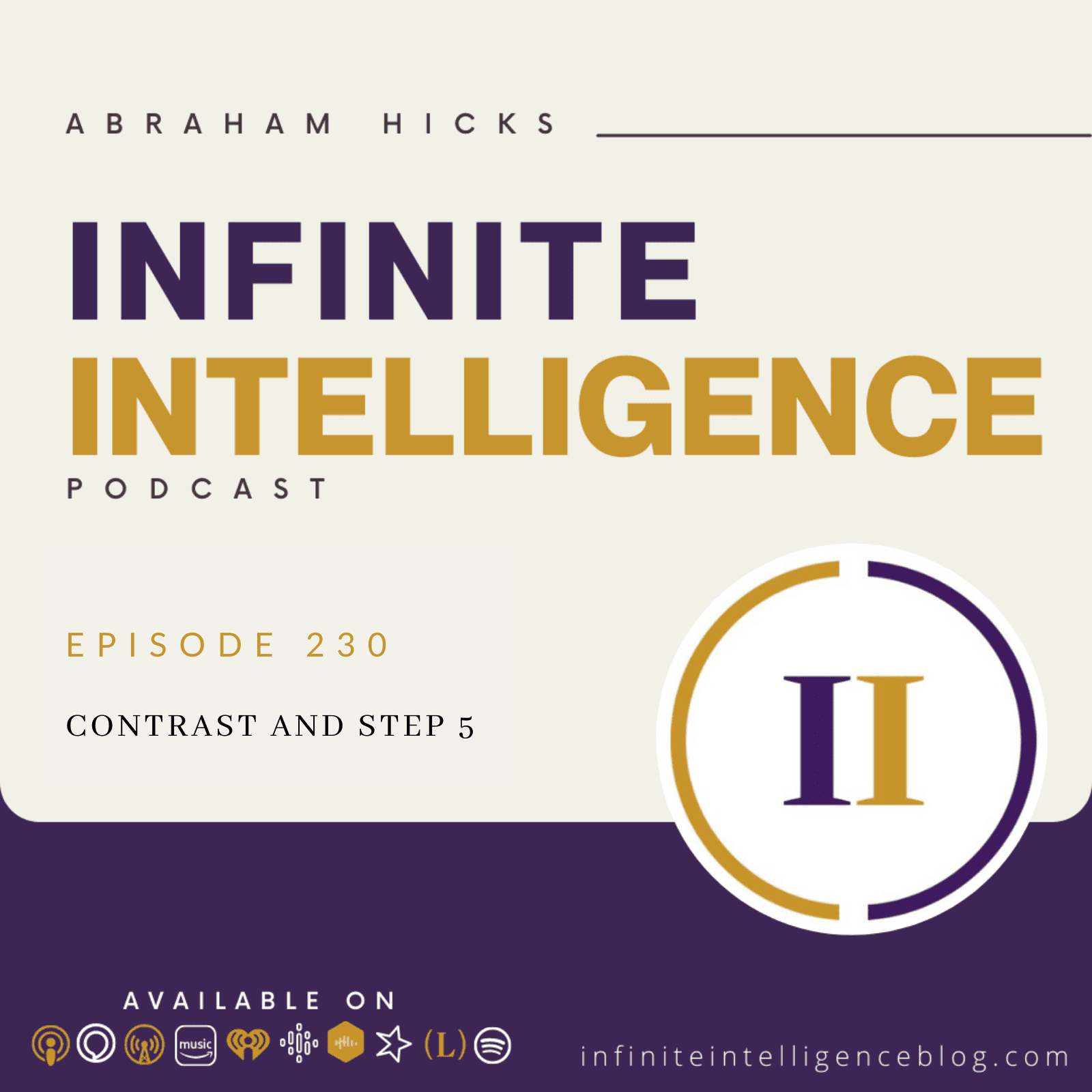 Tying that into step five, that is steps. Yes, that’s exactly what step five is. I’m having a step one moment, and I’m loving it. Because I understand the value and power of contrast. And because I know that I’m not a resistant person, I know that I’m an aligned person who’s having a contrasting moment, you might want to remember this forever. Ready? Really ready? Yeah. When you made the decision to come into your physical body, from non physical, you jumped right into step five.

Think about it for a moment, isn’t it? Isn’t it? No, Abraham, I wish that you weren’t loving. And then I wouldn’t have to feel this negative emotion because of my inability to focus where I mean to. If you would take your contrast in smaller doses, this would all be easier for you. Which means if you would understand momentum and sense it when it gets going. Yes, yes. Yes. Have you ever thought something? And when you thought about it didn’t feel good? Then you said it out loud.

Any step along the way? You could shut it down. You could stop the momentum could change the subject, or pivot by looking for positive aspects within it. So interesting that all these years later, we’re having the same conversation. But can you feel the leading edge Venus of it? Can you feel the fine tuning that you’re doing here in this? Yeah. Enough? Yes. Thank you so much.