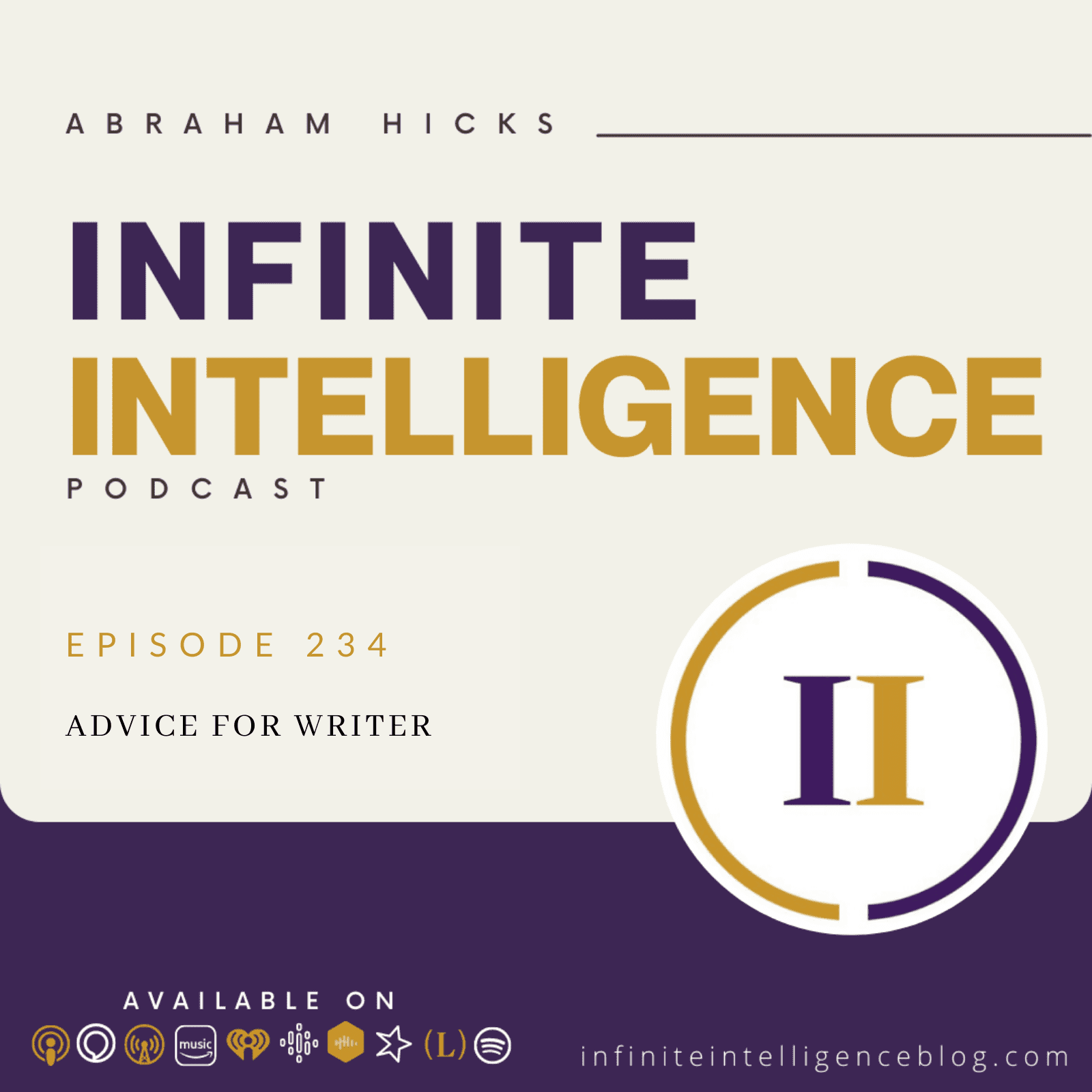 Enough can have at something else. I’m a writer. And I’ve been writing a lot on the cruise because I have time now at home and I don’t have any time. And it looks like I put myself in my own life just before coming to the cruise in the exact right position to be able to traduce my heroes, feelings, like I broke up with my boyfriend, he was really terrible. And she, my hero is going through the separation process. And then I help her to align beside the love relationship. So how can I write human stories with contrast, to bring the alignment story without myself going down completely and putting all my life to court?

Well, it certainly is possible. That’s what a step five moment would be awareness of things without losing your connection. So it’s the difference between we talked about this earlier about being in alignment, which is what our description of true compassion is, being in alignment with all that you are while you are observing something, rather than being in empathy with whatever they are living. So it requires a little bit of detachment about it. It’s an interesting concept that humans have that you seem to be infatuated with the idea of telling sad stories to each other.

And instead of just getting out and riding horses and such, maybe we have started the trend of talking too much about these things that you really want to just feel your way there. If you find yourself focused upon anything that is causing you negative emotion, trust, negative emotion is your guidance system telling you you’ve gone too far, you’ve allowed the momentum to go too far, or a better way of saying it is you weren’t quite in the stable place that you meant to be when you went there.

But we’ve talked a lot in these days that we’ve been together about not looking back, your inner being doesn’t look back, your inner being doesn’t look back. That’s why when you do you don’t feel so good. You say? Isn’t there anything exciting to write about this forward? That’s anticipatory? Do people really need to hear about other people resolving their problems before you can resolve your own? The meaning with the book is that to show that meditation actually brings the solution, then meditate. Yeah, but I had to put my hero in a bad position.

Meditation, the meaning is that people who will read the story, yes, we find a human being in the position. They are very usually in love relationships. Yeah. And then she’s getting some tools like you tools, actually meditation and appreciation to get aligned. Yes. And don’t care about the environment anymore. Yes. So it’s to bring to the people, your tools, but through a human story, but I had to put her down if she was aligned, there would be no story just happy.

Well, that’s a story worth telling, isn’t it? The name of my book is for you fix society? Well, we understand what you’re saying you’re trying to reach people where they are without going to where they are yourself went there? How can I reach people where they are and help them raise to a better feeling place without joining them? Where they are? That’s your question, isn’t it? And so the answer is in the answer. If there is a problem, there is always a solution. If there is a question, there is always an answer. And before there can be a solution, there’s usually a problem or a question. Yes.

So perhaps you could be so solution oriented, that you’re actually enjoying the problem. Okay, enjoying the journey. Maybe this is a book about how you never do get it done. And people who want it to be done, therefore will always be in a problem. That’s a powerful focal point, stay there just for a moment. If you’re always wanting the manifestation of what you’re reaching for, and you want it now, then, since it’s not all going to all be there, because you’re expanding so rapidly, then you’re always going to be in a state of problem. Where if you’re anticipating if you’re enjoying the flow, if you’re enjoying the journey, that really is the answer to all of this, isn’t it?

You want to give us an example of something that you’ve written in the book, a man coming to her saying that to be able to live their love relationships, she will have to transcend her fear of being separated. And then they get together and he disappears. And then she’s there with the separation, anxiety and she has to go through it. And she does. And her best friend a girlfriend, she cheated With her how to meditate and how to. And little by little, she learns to align and, and suddenly at the end, she’s just happy he’s not there, which is happy, great.

And he may come at that’s that moment, you may come back at that moment. Well, that story is not that compelling is it? We’re just playing with you a little bit more terrorizing and more dismemberment and more true trauma. Humans are strange. You are strange in the sense that, so you’ve feeling pretty good, you’ve been together with friends, you’ve had a delightful meal, and now you’re going to a movie and you feel good. And then the movie takes you to the depths of despair. And then it brings you back to not quite where you were before, but better than you were when you were at the depths of despair. And then you leave and you say, Oh, that was a good movie.

And we say, avoidance of your own life experience is really not what you came for. You all sort of came to write your own book, you say, and so what’s this fixation? We’re talking to a lot of you about wanting to write something that helps others. Talk to us about that. Do you like feeling good? Yeah. And how did you come to feeling good? Did you read a book about someone who felt bad? Who then found a way to feel good? And did you just copy that? How did your improvement come? What we want you to know is that you’ve written your own walk in, it’s what your vortex is, is a vibrational book and everyone’s written one.

Everyone has written one, everyone has written the book about who they really are and what they really want. What you’re asking is, how can you write a book that leads them to that? And so we’ve been saying all day, we’ve been saying all day, every day, that the way to lead yourself to your vortex is by finding some way anyway to get feeling good. So what are all the chapters about not feeling good? In other words, you want to lead everybody all the way around someplace else before you leave them there?

And both of your questions are really tied tightly together. And we love having this conversation with you. In light of being with a roomful of teachers and healers, and uplifters. This is who you all are born uplifters. So there’s this tendency, once you begin to connect with who you really are, because you’re feeling the relief of your own alignment, that then wanting to bring others to that place. But it is such an individual journey, that if you’ll just stand back, if you will just live the joyful life that you are living, and feel the thrill of your own alignment and the magic that begins to happen to you.

And then write about that. Don’t try to make up in your mind the story that somebody else is living, and then lead them out of it. Just live the life that you are living, and then write about that you see what we’re getting at. We are really appreciating so many of you who are teachers and wanting to help others. And we see you with one another. And we know how well meaning you are. And we can feel the love that you often feel for each other as you are just wanting to open yourself up to who you are and say something or do something or be something that can help somebody else open up to who they are.

But in any attention to someone not being where they are not being where they want to be not being who they really are in any attention to that no matter how well meaning you are you increase the momentum of that. So what you’re really asking is, how much momentum do I really dare increase before I start going the other way? And we say that’s a fine balance, isn’t it? That’s a fine balance. Some people when they go to a movie, they want to really go a long way that way, even to get their interest before they’ll start going this way.

There was a period of time when the movies just went there and stayed there. Remember that? They just went there so dark, and when you left, you’re just glad that you weren’t in the movie. And so that’s that balance that we started with as we began the conversation several days ago. It’s how much momentum do I have going towards who I really am and what I want? Here’s the question that you’re asking so important. How much contrast is good for me? How much contrast will send a rocket without starting momentum that then I’ll have to live through.

And you all just come far enough that you now understand that you really have the hang of this, don’t you? Aren’t you less willing than you’ve ever been before? To go into that negative contrast? Aren’t you less willing to let that momentum get going? And so we would say, make those parts of your book be very brief enough that someone can sort of maybe identify in some way since you’re wanting to lead them to a better feeling place, but very brief, because every moment you spend amplifying that is a moment that you will have to compensate for in some other way later, you see, and so, all of you could pretend like you’re writing the book to the world as you live your own life title, how far down the wrong track?

Do I need to go in order to live an outrageously exhilarating life? Answer? Not that far. And that’s really one. It’s a personal one I’ve been asking you is that all been personal? Yeah. But this may not be useful for the rest of the crowd and let’s leave it right where it is. What do you say? Okay, really good. Really good.