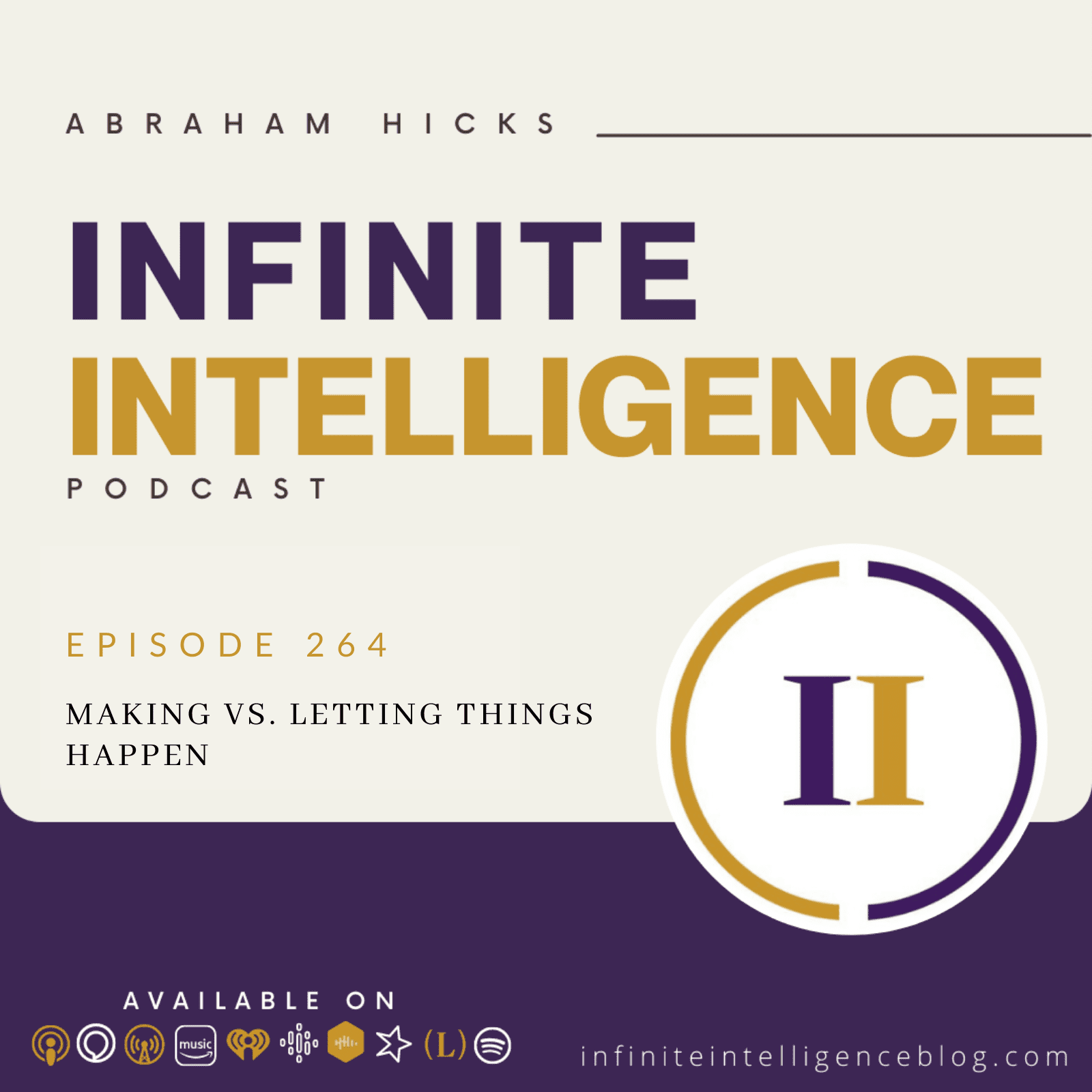 Hello again, the question I have actually just came to me just a few moments ago, that’s co creating at its best. So you’ve been speaking in the last two days, quite a bit about what’s in our vortex. And of course, you’ve actually been speaking for a long time, because that’s the present tense. And it’s where we are. And that’s where you’re on your way to, and anything else is looking back for us. And we never looked back. Here that you want to resonate with your inner being, you’ve got to look to your vortex and find a way to feel it.

And when you do, then it’s going to come into your experience like a diamond in the forest. I would like to know more about how to resonate with that how to receive even more of what’s there we would rather that you approach it in this way. Do you believe it exists? Yeah, then get happy and let it show itself to you. Because all that effort just hold you in weird places. Do you believe that there is a vibrational reality and that your inner beam is there, and that there is a point of attraction, and that’s what equals that calling that is all the time calling you forward.

So if you get that, then you know that the works been done, you sifted and sorted and you found it and you created it and your inner being tended law of attraction, nurtured it, and now it’s ready for you to be ready for it. The question is, are you ready for it? And the answer is, no, because I think I have to work hard in order to justify it. When we say you don’t have to work hard to justify it, just stop doing the things that don’t let you have it, like worrying about it by looking for it by trying to make it materialize before you’re ready to follow the thread of that.

We think that this story that you heard today, with our friend finding that diamond now let’s just walk through that for a minute. So really, can you imagine her saying, I really, really want to go to this seminar. But I just don’t have the money. But I’ve got to find the money. So she calls her friends and bugs them you got some money that you’ll loan me? No, you didn’t pay back the last money I loaned you. The credit company, would you loan me some money?

You know, your rating isn’t? We’re not talking about you? Not much. How can I get some money really fast? What can I do? What could I do? How can I do this and just get all wadded up and all discouraged and all tense and everything about it. We want you to stop trying to make things happen and begin letting things happen. And that’s the distinction that you want to discover for yourself, How can I let things happen. And there are two important understandings first, to understand that is already well all along the way. Just because you can’t see it doesn’t mean it isn’t ready to pop into your experience.

That’s such an important thing to know. But I can’t see it. So it’s missing. I don’t want to start over when they a man said to us was interesting to people at the same seminar had similar stories. A man said to us, I have lost my fortune. I’m in my 60s. I lost it in a business transaction. It took me many, many years to acquire it. And now it’s gone. And at this late stage in my life, I can’t figure out how I’m going to get it back or get anything close to what I had amassed back.

And we said to him, you’re missing the point. He didn’t know how he could have been more clear and explaining to us what had happened to him. And we said you have a vibrational currency that didn’t go anywhere. You have a vibrational leverage that you still can cash in, you’re not starting over at zero, you’re not starting to amass that fortune. Again, it’s already amassed, all you have to do is get into the place where you can begin to receive it.

And you can receive the fortune as large as you ever had amassed and 10 times greater, because in the losing of that fortune, you put so much more in your vortex that is already amassed for you. One day, a woman was complaining that her current husband was someone else’s ex husband, and that her current husband was paying money to his previous wife, and that his previous wife was very greedy. And she kept demanding more and more and kept going to the court and getting more because he kept making more money. So every time he would make more money, she would go and get some of the more money he was making. And she said so we never really get ahead in the way that we want to because she keeps taking it. And she said what do you think about that?

And we said with it It would be nice if he had 10 ex wives. She thought we were kidding. And then crazy. And then we said, Well, if there are 10 people who have desire that are calling money through him, then everything will be 10 times more. So what’s leftover for you will be 10 times more, because that’s the way the universe works, that people think in terms of splitting up this same pie. If somebody takes a piece of it, then I don’t get as big a piece. But that’s not the way that it is. You’re creating your vortex, and your vortex is yielding to you to the degree that you are allowing it to yield. But it is prosperous, and powerful.

Because when you stop thinking about it, your trains will dissipate on that end of the track, and you’ll begin finding yourself in alignment and ideas will come and you know, we haven’t talked about this today in the way that we really want you to hear it. You all think and we know you think it and we understand why you think it but you are not serving yourself by thinking it started to say it’s wrong thinking but there’s no wrong thinking. There’s just dumb things. No, it’s not. It’s not. You think that you want the manifestation. And in its absence, you’re still in this place where you still want something that you don’t have, you want the manifestation.

And we would also like to get you to come along with the idea that you don’t want the manifestation you want the thrill of the manifesting. It’s not the manifestation is the manifesting, it’s not the creation is the creating, it’s being in the state of creating is being in the flow. It’s being in that flow, where you’re turning the thoughts to things because there’s no ending to the thoughts that you will turn to things. And a pile of things is cumbersome. Although we’re rooting for all the things that you want, someday, not so long from now, the same group of people will gather together on a de manifestation seminar. If you’re tired of building garages for all those cars, you’re amassing and full of them.

Esther woke up one day and realized she has cars in too many places. And it’s not easy. And her daughter said, Oh, you’ve got real trouble. And Esther said, you just don’t know how much trouble it is to have too many cars in too many places. Somebody has to register them and get them inspected. And she’s driving back and forth across the country to take them to the place that they were born so that they could get the inspection done. And, and Esther is thinking I’d be better off with no cars, I just fly in somewhere and rent a car. Really simple. But that didn’t occur to her until she had too many cars. You see what we’re getting at? And so I really appreciate what you’re saying. I love it. Yeah. So ask your first question. You can’t even find it can you can’t even really find it now.

Yeah, I mean, it’s everything you’re saying. And I’m that’s why I’m appreciating it so much because it’s so much about the being in the creating and having fun doing it. Oh, wait, a manifestation happens. Esther has been saying to us and to anybody who will listen, oh, it’s fun to think about it. And it’s fun to be on the track of it. And it’s fun to be in the sweet spot. But all it is such a really big sweet spot when that thing pops into my experience. And we say, well, of course it is. That’s maybe the sweetest moment of all, but it’s only a moment.

But it’s the sweetest moment of all because what it is is the culmination of everything that has gone before when a manifestation comes into your full realization, so that you’re seeing it and hearing and smelling and tasting and touching it. Of course it feels wonderful because the contrast that you lived that gave birth to it is now being realized the gestation process and your inner being tending it is now being realized, all of the cooperative components that have been gathered and all those spirits of insight that you receive and all that inspiration that you found along the way and all the people that you gathered along the way.

Of course, it feels great when it manifests because the manifestation can never be separated from everything that brought it about, or from all the non physical energies and physical energies that are involved in its creation. You’re getting the sense of the creators that you are your movers of energy, your aligners of energy, your molders and massagers of energy, your emotional creators who move emotion into better feeling places It’s your emotions that are your hands in the clay in this life that you are creating it’s fun isn’t it yeah yeah I’m reveling in it thank you enough yeah.