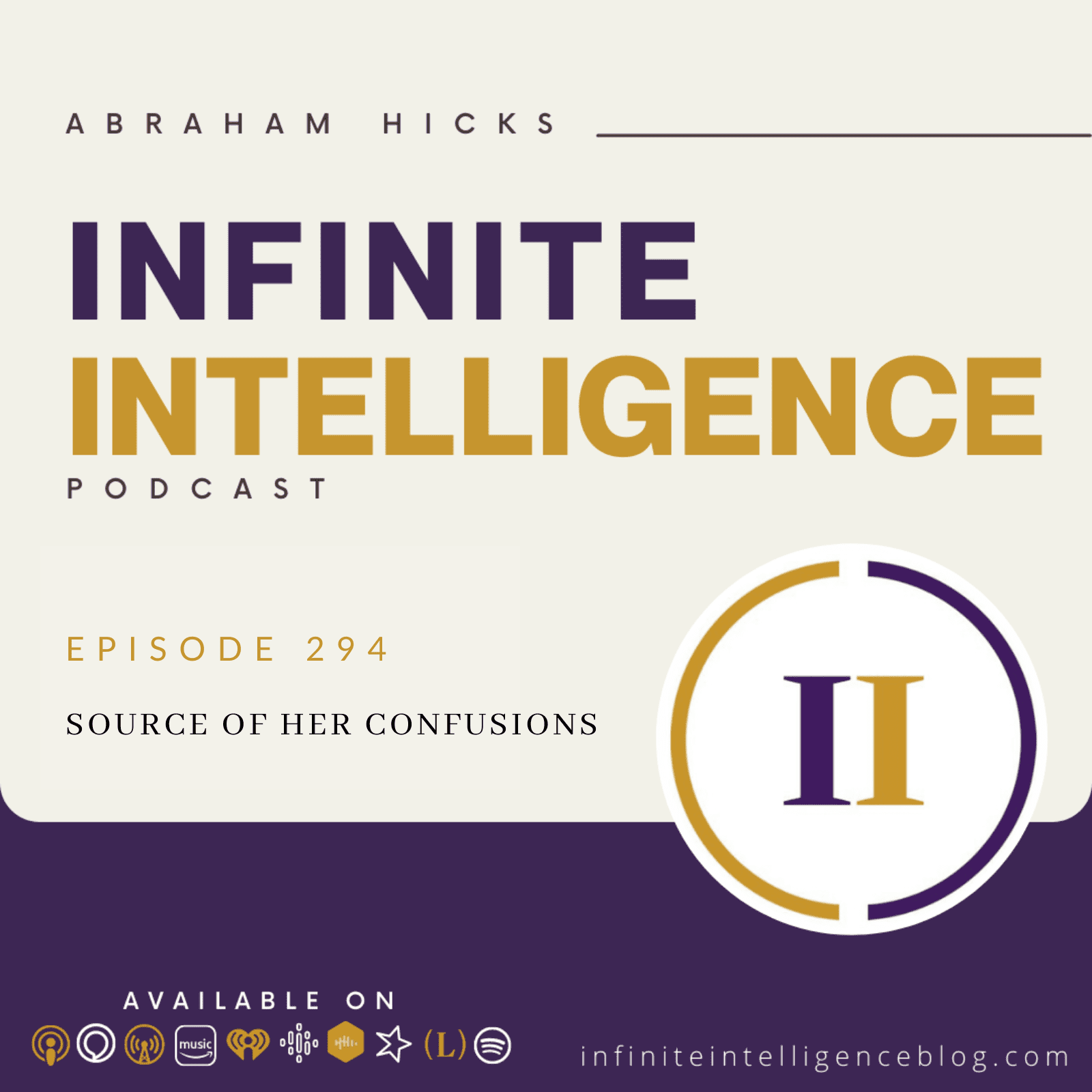 Hi, this is my first experience as well. So I had a lot of questions coming here. But just now when you talked about, you have to figure out what is wobbling your vibration, like with Esther’s knees, you were saying, you know, could be overwork this that whatever belief it is, we want to say to you, at the beginning, it was always vibration based, it always starts out as something that could have been dealt with with emotion.

But if you don’t deal with it with emotion, eventually the momentum will carry it into something that then feels tangible, which then seems like it requires an action response. But it’s always starts with emotion, emotional imbalances at the beginning of it. Okay, yeah, I totally get that. Yeah. And maybe it’s practice. My question is, I feel in confusion. So often when I feel terrible, and I started searching, was it this? Was it that like, where am I out of alignment, and then of course, then I start beating up on myself for being out of alignment and being confused and not knowing what I did wrong.

But catching something in the early stages requires sensitivity to the vibration of those early stages. And so many of you are so busy, and are not sleeping enough, and are not doing that many nice things for yourself and are in a sort of attitude of service. And so you just by the nature of your action oriented world, you get yourself depleted. And then it’s hard to find a thought that feels better. But we would like you to just be a little nicer to yourselves, look for a little more rest, look for a little more something that feels good to you.

Even if it’s only five minutes that you can stop and sip something that is pleasing to you. Take the time to do it and breathe with a sort of thankfulness while you’re doing it. Think in terms of energy replenishment. First and foremost, and a lot of the things that have been bothering you will begin to subside. There’s another piece to this that we want to contemplate with you. And that is we touched on it briefly just now. If you accept that you’re a vibrational, first and foremost, well, that’s not the easiest concept to wrap your head around. Because you’ve been used to looking at your action world and looking at your physical things and your physical symptoms or your physical whatever.

So to begin all of a sudden viewing things. vibrationally is not the easiest thing. But if you will try to view things emotionally, and just say to yourself, everything has an emotional basis, which means everything has a relational basis, which means my inner being has an opinion about this. And I have an opinion about this. And there is a vibrational relationship between those two perspectives, which can either be alignment, and exhilaration or can be resistance and discomfort.

You’ll have an experience. It’ll show you some of its there. And another experience will say well, there’s more of us there than another experience, we’ll say well, there’s some more of it. And after a while you get clarity. You get clarity about what it is. And once you get clarity about what the subject is that’s causing the discord within you, then you can do something about thinking differently about that subject. So it’s just little by little and let it be fun. The statement that we would offer if we were standing in your physical shoes regularly every day is Things are always working out for me.

Your cork will float on the water, that’s what alignment is unless you hold it under the water. So when you hold it under the water, when you let go of it, it Bob’s back to the surface. But once you got hold of that cork, sometimes it’s hard to let go of it because you feel so justified in hanging on to it. It’s about this and this and this, if you don’t drag it down there to begin with. It’s easier to stay there than it is to let go of the cork. But it ought to be pretty easy to let go the cork, don’t you think?

Don’t you think it ought to be pretty easy to let go of it unless you’re defending your position because you’re trying to get somebody else to join you to empathize with you. Esther finally gave up on us Joining her in her negative thoughts. She said, Abraham, you just need more information. I’m pretty sure if you had all the information I had that you’d agree with me.

But after a few decades, she has come to know we’re not going to do that. And if she wants relief from the only thing that makes her not feel good, which is not allowing the fullness of us then she’ll find a way to more often allow the fullness of us pretty good, huh? You have something more you want to chew over. I didn’t I forgot it. You know why? It’s no longer relevant. We really like that when issues just float out of your mind because you’re in a different vibrational place. Really good