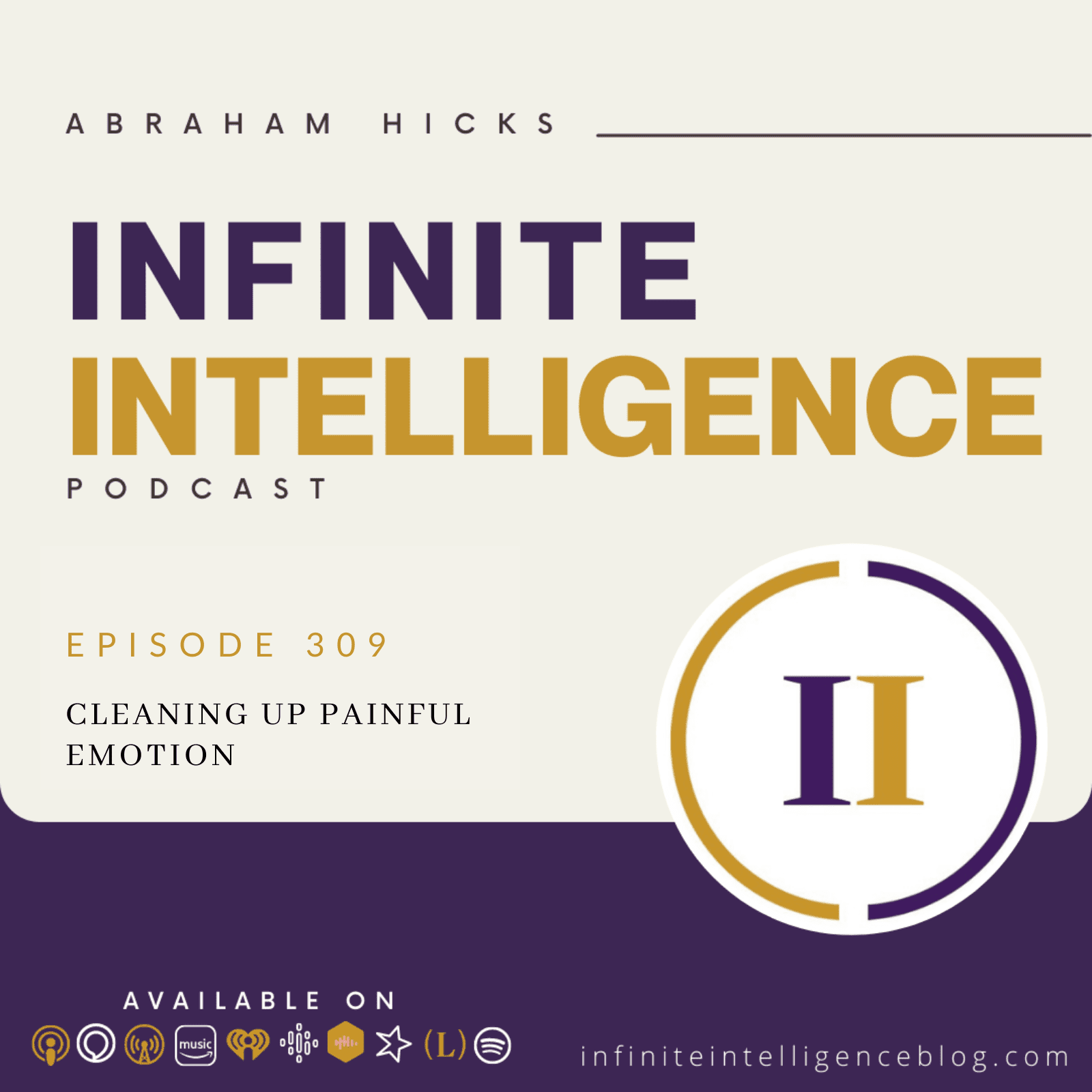 I felt that that was about to happen. Well, I tried to start something positive. Sorry about that, you know, how we find you is that it isn’t where you’re sitting, it isn’t sitting up close, it isn’t about that, it’s that when you have a desire, there’s a lot of energy moving. And when you have a strong desire, there’s especially a lot of energy moving. And if you have desire, we talked about this earlier, if you sort of want something, you have no resistance, you do light up.

But this is what we want you to hear your desire is the dominant factor. And when your desire is strong, the energy is moving really strong around you. And the fact that you’re resisting it is not really very important, because you can stop resisting it more easily than you know. So we don’t want you to try to be positive because trying to be positive by offering positive vocabulary makes no difference really, it just makes it confusing for you or for someone listening in.

And strong desire means a lot of non physical energy involved. And that’s always a good thing. It’s kind of like if you pull a rubber band back, back, back, back, back, back, back, back back, well, you’re going in opposition to what you want, but when you let go of it, you’re gonna go far that way. And so it’s a little bit like that. Yes, things definitely happen. You don’t have to explain what you want, or where you are, by what’s happened. Is it possible to start the conversation from where you are and what you want? Is that possible? Yeah. Well, I’ve been very fortunate. As far as things going my way, maybe about six months ago, the founder of the company, where I work gave me like, a $15,000 increase in my salary, which put me $5,000, beyond my personal goal of what I consider to be Wow, salary.

And so I’m living in New York, and I’m able to, like, live and just do what ever I want. You know, it’s incredible. It’s so far so far. Yeah, your desires are going to expand beyond your ability to pay and then another race. No doubt, no doubt. I mean, it’s already like, it’s already like that I can already see like, the next apartment, you know, and all kinds of things like this. So yeah, that’s true. So some of the discomfort I feel is because I kind of have this dual life experience, where things are going well. And I’m fortunate, etc.

And I also feel like I’m living behind the scenes of what is really meant to happen. Give us more about that. Like, I have a really cool job. I like what I’m doing. I like the neighborhood that I work in. But there’s like music, and art. And it feels like almost almost hurts. So it feels to you that some aspects of your life are being allowed by you. Yeah. And some aspects of your life are not being allowed by you. And the not allowing is uncomfortable.

Yeah, it’s like, terribly painful, because there’s obvious beauty, obvious, good stuff, but I feel really happy. And then do you think those things are in your vortex to which things the things that you’re feeling uncomfortable about not being able to experience fully right now? Yeah, I feel like I’m doing it to myself. But, you know, do you feel like it’s a marvel? Do you think it’s a factor of time, not enough time to explore it all? It does feel that way. It isn’t that way, but it does feel that way.

So, have you been listening to us for a little while? Yes. Maybe since 2004. So you’ve heard us say this and we’re gonna say it poignantly to you right now. You could have five desires. Stop rolling your eyes out there. We know you’ve heard this. You can have fun have desires, you could have three powerful desires or 300. But let’s say three powerful desires, and one of them could be going really well for you. And the other two not well at all.

And as you focus upon the one that’s going well, you would reduce or release all of the resistance on the other two, and then they would begin flowing to, because it’s not a time factor. It’s a engines on the track factor. So when you say, my work is going really well, engine there, and I love it so much another engine, and I just got a wonderful increase in salary and an appreciation engine, engine engine engine engine, but then you say, but it’s time consuming.

And I’m therefore deprived of other things that feel important to me, engine engine engine, and so you don’t let the energy really flow to all the aspects of your life. Now, just by your observation of the one factor that is going well, you can usually keep that one open, because you are like most people you are trained to observe and therefore respond.

So what you’re observing that’s going well, you keep it more open, but you don’t let the other things open because you are in a place of resistance about them. So it seems logical that if you could feel good about the others, two things in our example, that aren’t going well, that then they would all begin going well. But that is not the message that we’re giving you. We’re saying, don’t think about those two that you’re feeling stress about, because the very fact that you feel stress.

And you say, yes, yes, yes, well, those things could be and should be happening in every aspect of your life and would be if you weren’t calling those other aspects out and calling them blocked, or time crunched, if we could convince all of you to think about the things that feel good and give the things that don’t feel good or rest for a little while, those things that don’t feel good would open up for you, they just would because this is true. It can’t be in your vortex without it being in the process of expanding. And it’s only your self conversation or yourself approach to it.

That’s not letting it expand. There is no reason that this dynamic non physical energy that is unfolding for you and giving you everything that you want, there’s no reason for it to bless you in one regard, and to not bless you in another. There’s no reason for it. So we would like you to hear this, oh, we’re just gonna give it to you in such a clear blunt way. Your resistance is not just about those things, you’re feeling pain over your resistance is across the board. Because whatever you’re giving your attention to is causing resistance. And so it is sort of putting a damper on everything.

That raise could have been so much more if you weren’t doing that. And the one she gave me felt substantial. Well, we understand that, but what we’re getting at, you’ve got the lid on everything, you’ve got the lid on everything, because you’re using what is working as your excuse for what isn’t working and what isn’t working opposes what’s in your vortex. And that’s what the tug of war is about. And you have to just find a way to be happy anyway, that really is our message.

And that’s hard for people who believe that it is through their effort and focus that things are unfolding. And if we could just convince you, you unfolded it, it’s in the vortex your inner being unfolded that further Law of Attraction unfolded, it further is ready to pop for you. But for some reason, you’re not letting it pop because you’re choosing to use your mind too much to think about how it needs to unfold.

It’s a little more trust in the vortex a little more acceptance of your own worthiness a little less justifying of the good stuff that comes and you know why we know for sure that that’s what you’re doing. Because you say I don’t have enough time to let the universe blessed me in all regards. It’s through my effort and hard work and focus that I’m being blessed. Not true. It’s not through your hard work and the time you’re putting in on your job.

That is the reason you’re being blessed and employers all over the world are not wanting us to say this to you. Because they like your nose to the grindstone. They’d like you thinking that it’s through your effort and dedication to the service of what they need, that you’re being blessed and they want the rewards that they’re giving you to be commensurate with the money that they’re giving. In other words, that’s the way they wanted to stack up much of the economy of the world wants you to believe that you do this will give you this and you do this. And we’ll give you this.

And if you don’t do enough, we won’t give you enough. But that is not how it works, how it works, this life caused you to make a massive vortex. And that massive Vortex has become more massive. And the energy that creates worlds is swirling around and cueing you up for things. And it’s time for you to Stop fiddling around with these thoughts that pinch it off, and accept your greatness except the greatness of the vortex and just say, Bring it on, bring it on in this way.

I’m gonna love what I do. When I focus upon the subjects of art and music that are my passion. They’re going to thrill me when I look at them, not paying me because I can’t turn enough attention to them. I’m going to take it where it comes, I’m going to take it where it comes. So it happens a lot. You know, I’ll make some artwork. And then the people who are hosting at the gallery will be like your piece is my favorite piece. And then they asked me to make more.