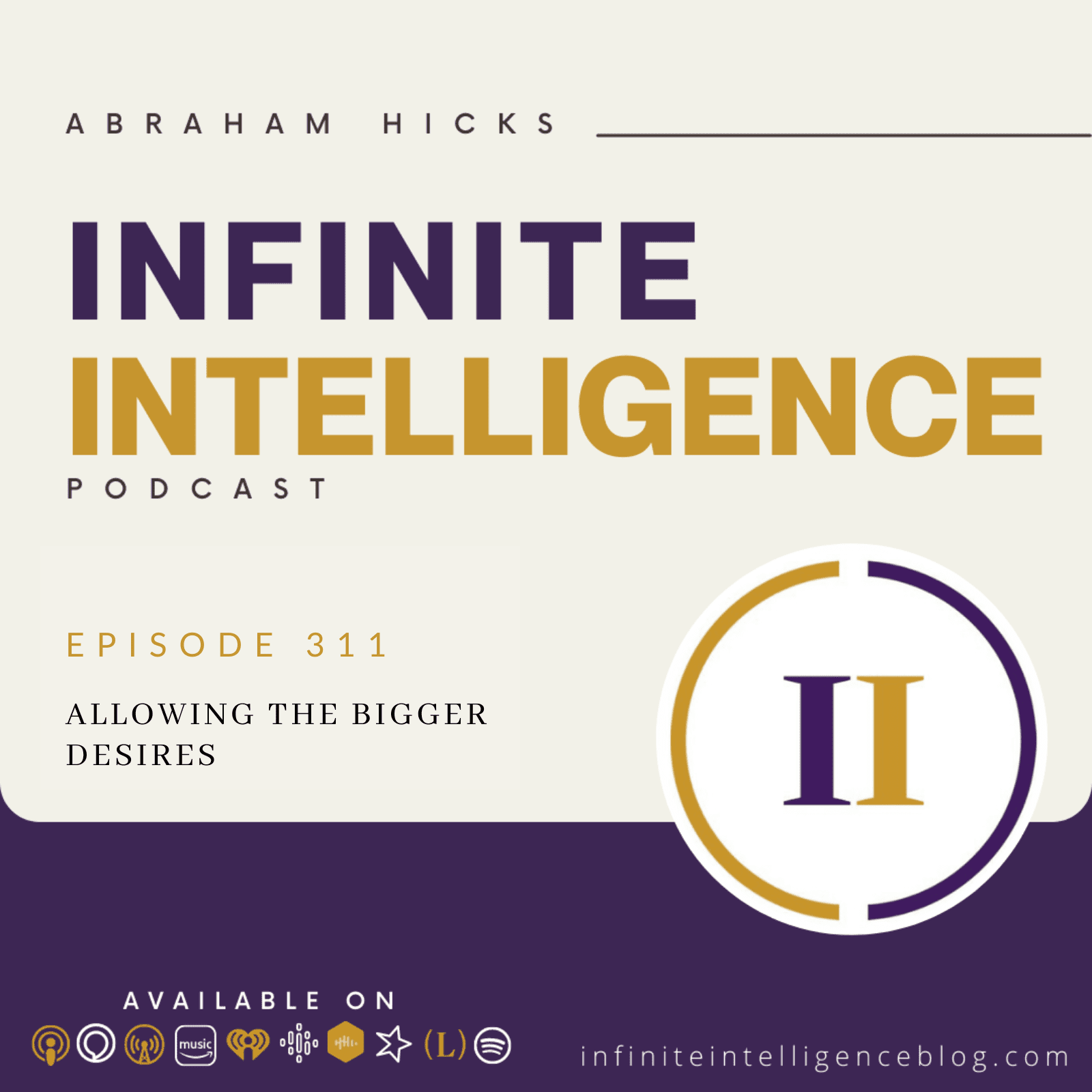 We are you’re very beautiful, as are you. Okay? Desire, for me feel sometimes complicated. I’m aware that I have a really strong pull, like a gumball machine. If I want the blue one, and then I see the orange one, I’ll get both. I’m aware of that. I help others through one of my skill sets do that for themselves. But when it comes to me, so what you’re saying we’re going to be very brief here, please. So what you’re saying here is that you have a strong power of focus, which often pays off, often.

But what’s in my real dream is my real vortex might depth, it’s really big. And that doesn’t sound you’re saying that you have desires that are deeper, that you’re not allowing as much as the desires that are shallow. And I don’t know why. I don’t know why I don’t allow the resplendent, the bigger the real big picture. Here’s the reason it’s easy for us to tell you this. In an action oriented world, the more effort, the more gain, you have taught yourself, the more pain, the more gain.

And the reason for that is because most people are offering most action. In a vibrational state of resistance. We talked about that already here today. They’re not tending to their vibration. So they’re not in the flow of that. So they’re not in the receptive mode. And so then they try to compensate for that through a lot of action. And that gives you the distorted flawed premise that says, if I’m not working hard, and if I’m not suffering, then I’m not making any gain.

But look at it this way, the things that you’re not worried about are happening, the things that you are worried about, are not happening, the train analogy really applies. I want it but I want it but the best story that we have ever experienced through Esther, and again, you can roll your eyes because you’ve heard it incessantly from us. But Esther was allowing us to do a telephone conversation years ago with a woman who really didn’t want to learn how to be a deliberate creator, she really wanted a fortune telling.

And we weren’t giving her a fortune telling and she wasn’t enjoying are trying to teach her how to create her own reality. And so everything that she said she wanted, she had many, many engines in opposition to it, and she was getting nowhere. She wasn’t hearing us. She wasn’t having any of us. So we said, let’s talk about blue glass for a little while. And she said, why? And we said, well, let’s just talk about Blue glassed re envision BlueGlass in different shapes, different densities, some of you can see through some of it, you can’t, she didn’t enjoy the conversation at all, but we stuck with it for about a minute and a half.

Then we said let’s talk about butterflies. Again, she thought it was ridiculous. She’s getting ready to hang up the telephone. We’re talking to her about butterflies, the varieties of them, the beauty of them the size of the wings of them, again, she’s having none of it. And then we said let’s talk about feathers. She wasn’t having any of that either. And then ultimately, she was gone in disappointment and disgust with our inability to give her what she wanted.

And Esther hung up the telephone and forgot about all of it. And Jerry was not in the room. He had not heard the conversation. They were in California at the time in La Jolla. And they were on their way to George’s for lunch. And as they parked in front of the beautiful big Valencia Hotel. Esther got out of the car, and she saw this store. And she said to Jerry, let’s go in here. And Jerry is saying George’s is that way and Esther saying, just for a minute Come with me.

And she literally dragged Jerry into the store, which was not an unusual experience for him. But she felt so strong about it. And when they got into the store, it was a very narrow storefront but a very deep store and they went back, back, back, back back and on the back wall was a wall of blue glass, ceiling to floor wall to wall every imaginable color, shade density objects of blue glass, art, all pieces of art sculptures, and none of it is appealing to either one of them.

And Esther is not even making the association. And so she said, Well, we can go and so off they went to George’s they finished their lunch in bout an hour and now they’re walking down to the cove. And they’re walking across this stretch of grass if you’ve been there it is so beautiful. And as they’re walking across this lawn. They were surrounded by a flurry of butterflies. It was so dense, they had to stop talking to not eat them. And they’re laughing. It was really an unusual experience. And still Esther is not making the association at all and Then a little boy came across the way.

And Jerry said, he looks like he’s coming to you like he knows you. And Esther said, I know. And he came running up to Esther and handed her a feather. And then Esther remembered, oh my god, she said, Abraham was talking about BlueGlass, and butterflies and feathers. And we say, when you have these subjects on your mind that hold no resistance whatsoever, the universe can yield them to you all at once in such dramatic fashion that you will feel the blessedness of your being.

And so the only answer is to stop thinking so hard. Stop trying so hard, stop efforting so hard, and therefore putting resistance on your own path. It’s time for you to say, okay, Abraham said, There’s step one, step two, step three, step four. So if I said, 123123123, I’ve done one, two is done for me three, that’s my step. That’s my step.

Letting go of the struggle? Why is it hard to let go of the struggle, because you believe that the struggle helps. It doesn’t, it never helps. But you say Abraham, be sensible. If somebody wants to move that, then it’s just going to take some people making the effort to move it. And we say, we don’t want to talk about that mundane stuff of just moving stuff from place to place. We don’t want to talk about regurgitating, just moving things around. You are creators, you are creators that are taking the environment that you live in, and molding it into something that is even more, this is mastery of creation.

This isn’t regurgitation, or just moving things around. And that kind of creation does not happen with effort. It happens with allowing step one, set it for step two, brought it about, it’s time for you to do you’re now part of step three, which is getting into that expecting, I feel blessed, I am good. I deserve this. It’s my time, it’s time for you to cash in your vibrational chips, and experience the thrill of your thoughts evolving in your own mind. Because it’s that sweet spot that makes you want everything that you want. You’ve heard others say, and you’ve heard us say it too. It’s the process.

It’s the process. It’s the process. Well, it’s the alignment is still alignment, it’s the feeling of the energy, it’s the flow. It’s the creative flow. And when we talk to artists, and musicians, when we talk to those of you who already see yourself in the creative arts, you get what we mean more than anybody else, or a scientist that got an idea for a breakthrough or an inventor that suddenly knew exactly what the world wanted or how to go about it. It’s those thought breakthroughs that are the sweet spots of life. And once you get there, oh, and here’s the most important thing that we want to tell you. The work is already done. Because sifting took a lot of time and you’ve done it and creating the Vortex has been happening.

You’ve done it. It’s done. It’s done. Now you just got to let it show itself to you. And that’s what you were born to experience. You said, Oh yeah, I’ll sift and sort and I’ll give birth and we said, and we’ll tend it and it’ll be wonderful. And then you said and then the good part comes, then I will find a way to be in alignment with the pieces that I’ve put there.

Well, we gave it to you with everything else just got. I felt that in direct proportion with the power of your asking. And so now, how else can we say it but just Chill. Don’t try so hard. Let the BlueGlass and butterflies and feathers just come into your experience in the perfectly timed way that the universal forces can deliver them to you. Thank you, you reach the place where you’ll discover that you barely thought about something, oh, that would be nice if I knew about that.