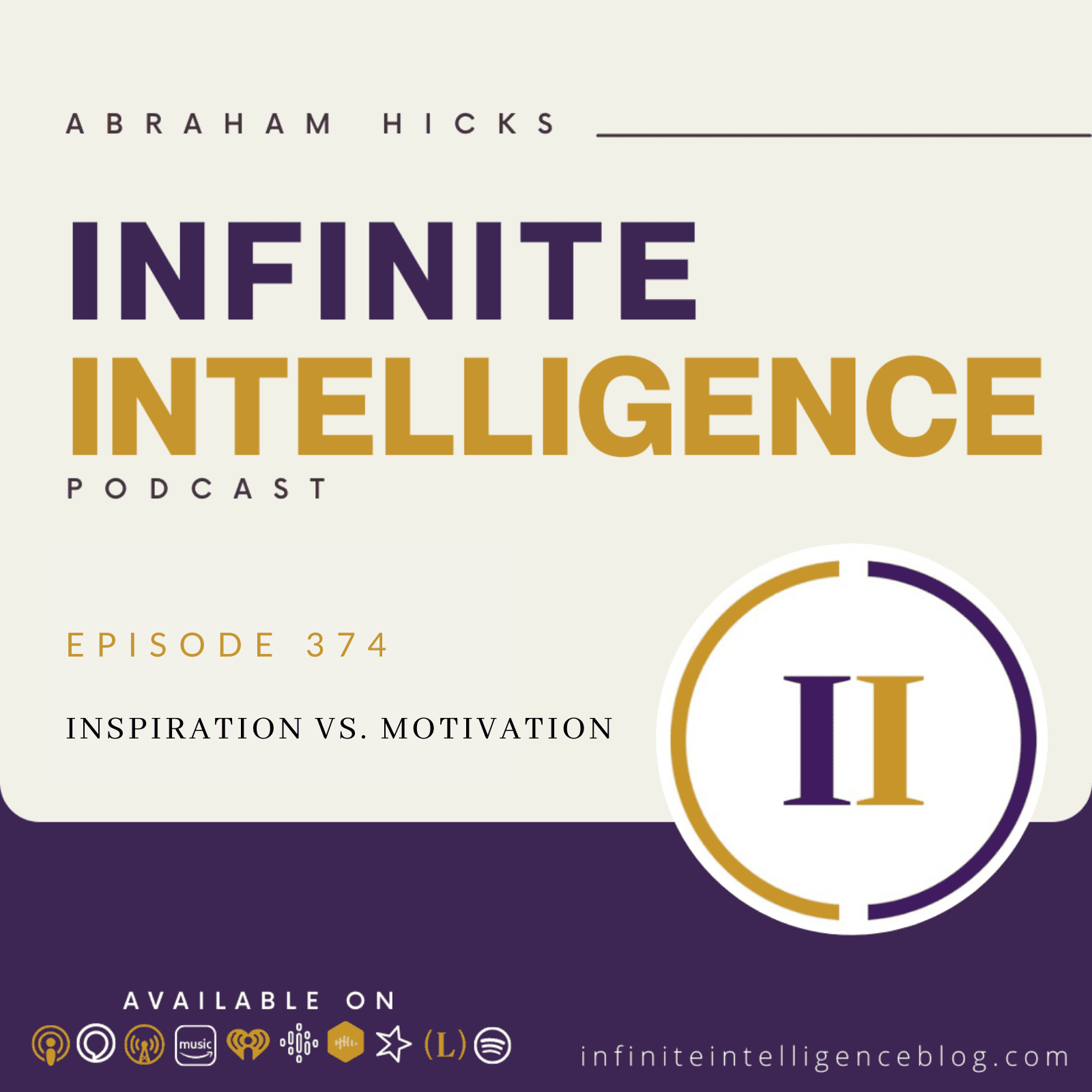 And are you refreshed? Good. Now what I did today, Abraham? Really well. Good. Perfect. So I had a couple of questions. One thing that I’ve been dealing with, I had a conversation with one of my coworkers, and I’m into fitness, and putting our focus on, we want to manifest in our lives. I believe, if I want to get in physical wellness, I want to focus on the body that I want to motivate me to exercise. Her aspect is focusing on the body she doesn’t want by she’ll look at maybe more hefty people in the gym. And she says, that’s her driving force to make her want to exercise?

Well, you’re talking about the difference between motivation and inspiration. Because when you focus upon what your desire is, and you line up with it, then you’re called toward it, that’s inspiration. But when you’re aware of what you don’t want, and you’re trying to push against it, that motivation is more about that. I see that. I operate out of inspiration. And she looks like she’s operating out of more motivation. And what I want to understand is, is she channeling or transmuting, that negative energy of like, what she doesn’t want to be into making a positive force for her to drive for something better for herself, I would say, to some extent, because she’s getting good results, it’s a fine line, isn’t it?

There’s only inclusion. So you just can’t get around that. But you can’t really know, for anyone else, unless you’re really up close to them. And you are really aware of their moods and attitudes, you can’t really know what anybody else is doing energetically. Esther remembers in the really early days of playing with us. And they had some friends that were all living in Phoenix and Jerry and Esther said to their friends, go get lost somewhere in Phoenix, and we’ll come and find you.

And then they would go to an intersection. And Esther was feeling impulses about what way to go. And sometimes she would say, Well, it isn’t that way. So they would turn that way. Well, it’s really not too important. Whether the knowing that you don’t want that is what helps you to know that you do want that. But once you’ve become aware of what it is you do want, you are far better off to line up with what you want and why you want it. That’s the way you tap into the true power.

Full energy. Yeah. So what are you getting at here? So I guess what I’m getting at is if you know what you don’t want, but you never actually put your focus on what you do want. What is that going to create? But our question to you is, is that really a possible thing? Or does knowing what you don’t want automatically imply what you do want. If you really know you don’t want something, there is something on the other end of that. That’s those rockets of desire that we were talking about that you send off. So now what you may be getting at is that, lets say that someone, your girlfriend has sifted and sorted and launched many rockets of desire.

By knowing what she doesn’t want, she knows what she does want. And her inner being knows what she wants and is calling her toward it. So step one and step two are taken care of nicely. But step three does not work. If you continue to push against what you do not want. If instead of talking about what you want, and why you want it, you’re talking about what you don’t want, why you don’t want it, then you disallow yourself from the receiving mode.

And then you are relying completely upon action. Without the leverage of alignment for your results. Does action without the leverage of alignment bring you some results? Yes, but not the kind of results that you’re capable of. So then it’d be okay to use some form of what you don’t want as a means to start building up momentum. But you don’t want to stay there you want to perfectly said In fact, that’s the way it always works. You can’t get away from that contrast is always going to help you know what you want. But at some point in the process, you want to say to yourself, now I’m doing step three. If I’m really good at it, I’m doing step four, and occasionally, I’ll step back into contrast.

That’s Step five, that we mentioned that step five is being back in step one and Don’t be mad at yourself for being back in step one is accepting the value of contrast. You just don’t want to be stuck there. There are a lot of people who really believe that the way to motivate anybody to anything is to just scare the fire out of them relative to everything. So they just talk about all of the dangers.

Almost all sales are about that. If you don’t do this, if you don’t eat this, then these bad things will happen to you. This bad thing is waiting for you unless you do this thing I’m selling is sort of the basis of most things.