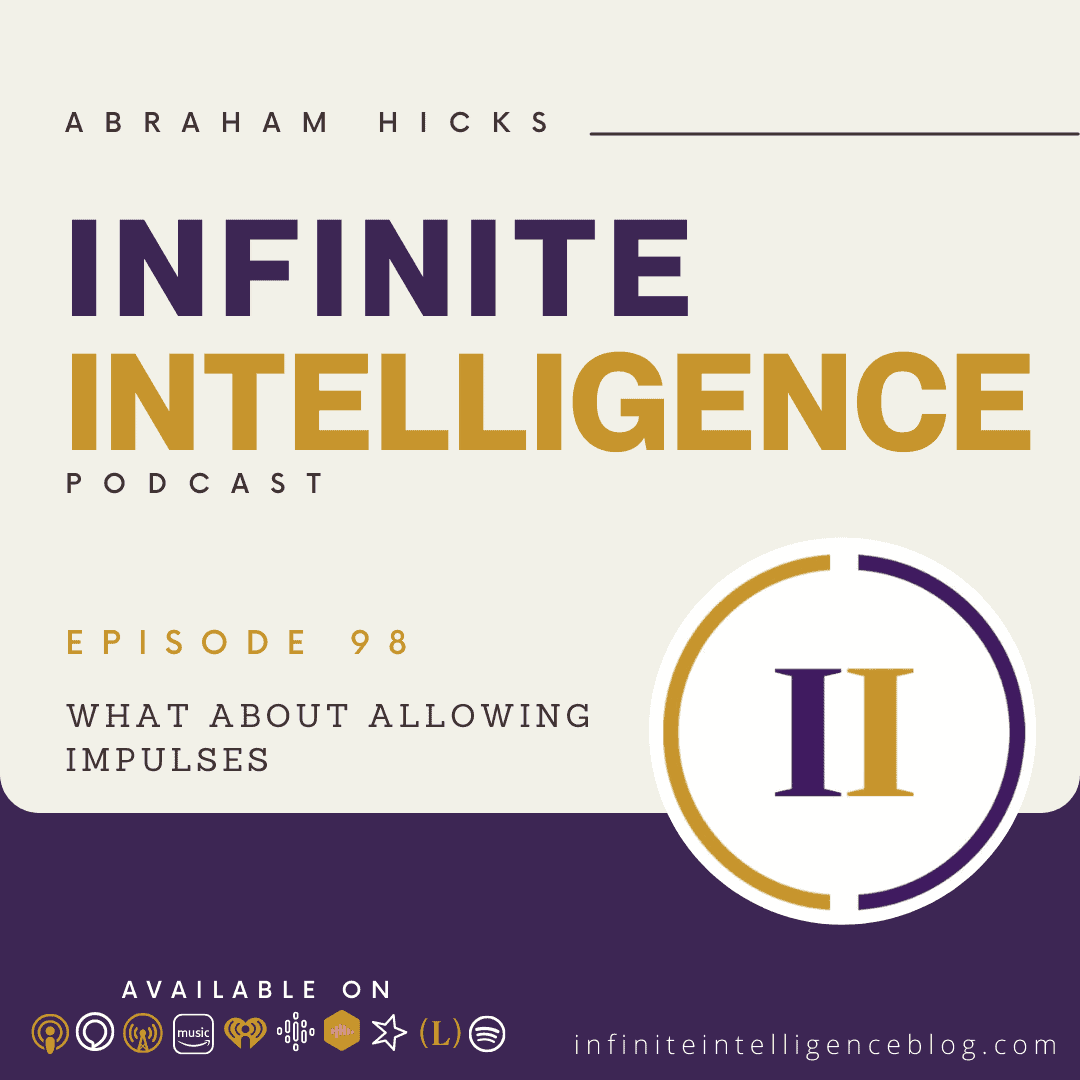 And yes, I’m gonna answer my own question, I guess. But I want to confirmation I guess, because sometimes I feel like not doing something. So I don’t do it, because I’ve been listening to you for years. And then my brain says, you know, you really should be doing that. But I’m trusting my feeling you see, at any moment in time, there is a relativity between the non physical Source Energy projecting to you and through you aspect of you, and what you’re doing with your physical conscious mind aspect of you. And some might question well, why wouldn’t we just come into this physical body and source Just come with us?

And why wouldn’t we just proceed, and we say, that was what you intended. And that palette was in the beginning. But because of your diversity, which is essential to all of our expansion, sometimes you get caught up in the contrast, knowing what you don’t want, spend too much time pushing against what you don’t want. And so as an individual, or as a mass consciousness, you develop these habits of, we could call them discord, we always call them resistance, but we could call it up disallowance, or pinching off of the fullness of what you’re summoning.

And that’s really what you want, you did not want to come into a world where there was no contrast, because you knew the contrast was what the newest made from. And since we are all eternal beings, you understood fully and you were completely willing to come and explore the contrast, you also knew that you have this non physical backing you that would let you know at any time that you were sort of getting out of balance.

That’s why all of the things that we’ve talked about here today have been so productive in terms of carrying this message to this new place that we are on the brink of because as we begin with the idea that well being does a bound, well, sometimes you’re willing to say that and sometimes not so much. It depends on where you’re standing within the contrast. And it depends on how much of who you really are, you’re allowing in any moment in time.

The other day, Esther was sitting in her home in the Rocky Mountains in Utah, and it’s up on a mountain and it overlooks a beautiful view. And it was created many years ago by a man who is a master woodworker. And in fact, the man who created this magnificent space. live right next door, he sold the land to the original owner, and was the contractor and artist who carved magnificent rooms. So Esther has been there for a while.

She bought the house two years ago, and isn’t there much but is in love with life extra when she is there, because the beauty of it is just conducive to feeling good. But as we were describing earlier, how you can get into a tub of water that at first feels one way and then you sort of get used to it. So she’s sort of gotten used to this magnificence. Sort of like, yeah, now what?

And they just talked about it, especially Esther, she could not stop marveling at the beauty of the room that she was sitting in an hour past. She continued another hour past, she continued. And she said several times, I don’t want to get out of this chair. And then they got hungry. And so they got in the car and off, they were going to forage in the forest for food.

And as they were going down the driveway, the house next door where the magnificent Carver lives, there are a lot of people standing in the driveway. And Esther said, Hold on a minute, and she got out and she went over to talk to them through the bushes. And she said, what’s going on? And she was told that Mr. McDonald had made his transition. Just now just now. And estrus thinking, no wonder, no wonder, no wonder, no wonder this felt more delicious to me than it has ever ever felt.

The man who dreamed it, who conjured it, who planned it, who worked it, who built it, who carved it, who loved it. And Esther said to his son, I saw meant to come and say hello has been sick for a while. And his son said, Oh, he wasn’t ready for company, he wasn’t ready to see you. But I want you to know that your house is his greatest work. And so we give this to you, because we want you to understand that there is source energy within you, that feels that way about you.

And don’t you want to understand the whole cycle of life where you were source energy. You weren’t that before you came into this body, but you still are that even though you are in this body. And that here you get to sift and sort and decide and define for you. And you throw it forward. You throw it forward these rockets of desire forward into the vortex and Law of Attraction takes them as soon as you offer them and brings cooperative components to them and hold them steady for your realization for your realization for your preparing yourself for the readiness for the well being that you deserve that you have created.

Because you didn’t just start with this physical being. You have been around for so long. There is so much goodness, there’s so much value that is represented now by you as you stand here. You don’t know what you hardly ever see it, but it’s there. And we all know it and we all see it and we’re all flowing. And then every now and again.

Somebody like Esther has a sort of kind of experience where she gets a little glimpse of how non physical really feels and her morning is turned into ecstasy and then she understands just for a bit that she’s not out here alone in her physical body, none of you are, you’re here is extensions of so much more. And it’s all for the purpose of the ecstasy in this realization of it. You’re not here to prove worthiness, or to fix a broken world, it’s not broken, you’re here to decide from your point of view, and to add to the magnificence that you are, and to demonstrate and witness in this now through your ability to allow yourself to receive it. Now you see, does that just make you want to chill out? Chill out and be easier?

And I guess that’s how the universe is if you tap into it. It’s what someone in the receptive mode allows. So the energy comes forth in a more demonstratable more discernible, more decipherable. But it’s always in the eye of the receiver, isn’t it? It sure is. Yeah. Thank you so much.