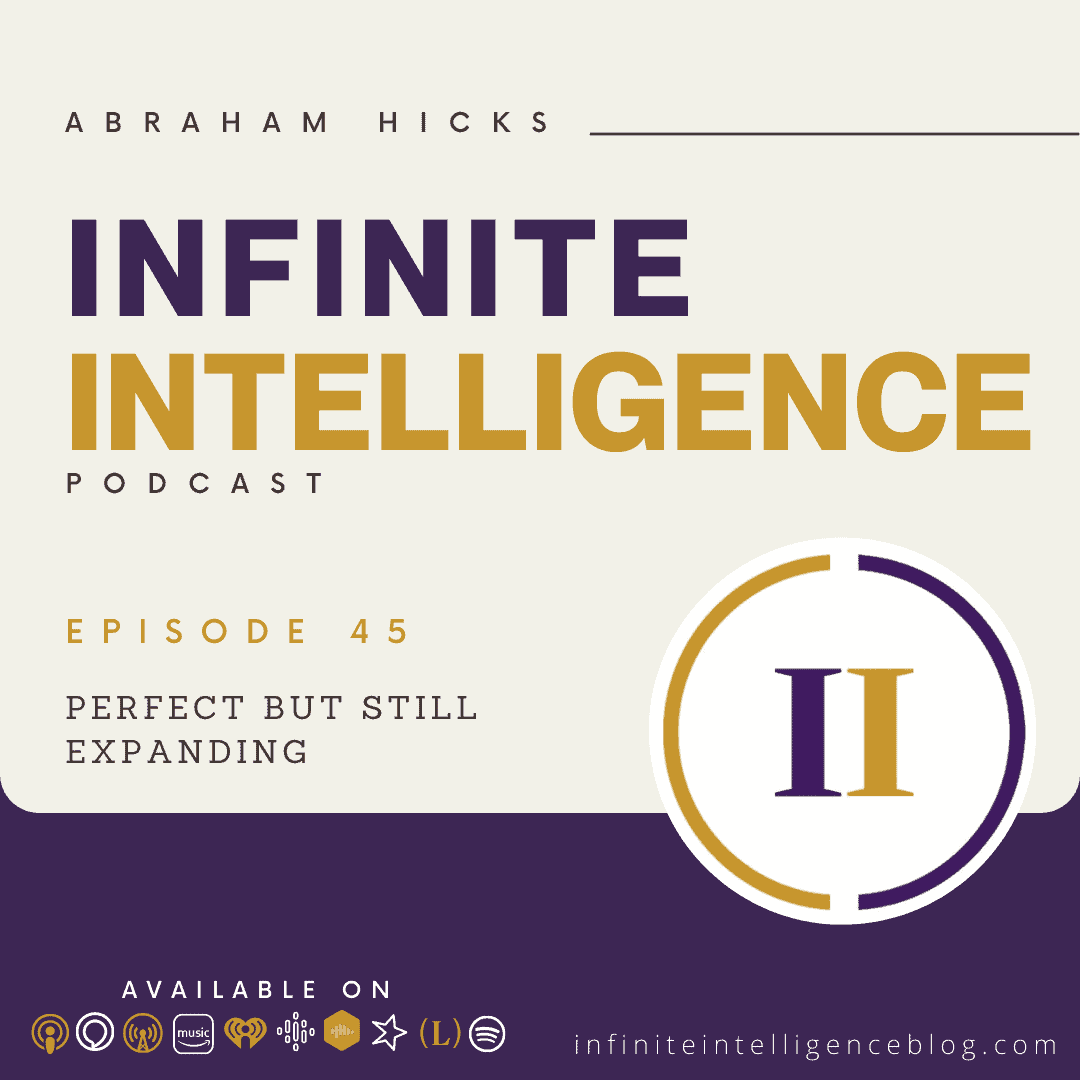 That’s what we are all about. We are eternal, and we know it. And the prize that we are all reaching for is joy. And the non physical aspect of you has found it and lives it and exudes it and breathes it and speaks it and extends it and projects it and is it and it’s up to you to find some way to hook up with that. But most humans, most humans, you’re not alone in this.

Most humans are finding some thing about life that they don’t like that they’re using as their excuse to push against, and therefore deprive themselves of the alignment that would give them the joy that they’re reaching for. And they’re explaining that I can’t be joyful, because I can’t stop this from happening. And we say, it’s not your right to stop anything from happening. But it is your right to find alignment with what you desire.

And when you do, that’s what the universe will yield to you. Isn’t in a perfect world when everyone gets to create what they are a vibrational match to isn’t that perfect. And isn’t it even more perfect when you are consciously deliberately holding your vibrations in order to make sure that you’re in sync with all that you’ve become and watch in the next few days, many animals will reveal themselves to you, they’ll come forward to express to you, their well being Jerry and Esther were in the seaside State Park in Virginia Beach several years ago.

And as I went into this, it reminded them, it looked like the place where Star Wars must have been filmed that scene with all of the dripping trees and the aircraft coming up out of the swamp. That’s what a good part of this place look like. And as they walked in, it was silent. Jerry and Esther always found a time when most people weren’t there to go places. And so they pretty much had the place to themselves.

And as they walked in, it was silent it was if no one was there, it was like not a creature on the planet with anywhere near where they were. So they just walked in, and were basking and loving and enjoying. And then soon the forests began to come alive, as the inhabitants of the forest understood the energy of Jerry and Esther. And suddenly, there were creatures everywhere, crawling across things and flying by and moving around. It was remarkable to witness such a change in such a short period of time. And then they came to the ranger station.

And in the ranger station, there were pictures on the wall. And there was a beautiful picture of a silver fox. And Esther said to the Ranger, are we going to see him? And he said, No. Notice the caption. It said elusive silver gray fox said I’ve been here for 15 years, I’ve never seen the elusive silver gray fog. So Jerry and Esther wander down the trail. And there the fox came. And he stood right in the intersection. They were going this way.

He came across a trail going this way. And he stopped moving along, stopped, looked at them sort of nodded at them just a little bit, looked back and looked at them again. And then off he went. And Jerry said so much for listening. Then they came around. Esther wanted to use the restroom. So she went in and came out and now she’s waiting for Jerry. And it’s just standing there Jerry says Esther. I want you to just stand still don’t do anything abrupt or sudden. But I think you’re going to enjoy something just look down.

And as Esther looked she was on a wooden walkway and she looked down. The wooden walkway was only six inches off the dirt. There is a Copperhead snake all stretched out sunning himself enjoying the day. And Esther said, should I be afraid of him? Jerry said no, he is one of the most venomous snakes. Jerry said, but he’s not interested in you. Just backup, just backup, just backup. So they went back to the ranger station. And Jerry said, we saw the Copperhead snake and the Ranger said, we don’t have any comprehensive snakes. And Jerry said you do now.

So what we’re getting at is there are vibrational conversations that are happening among all of you. And we want you to know for sure, because we know it for sure that the conversation that the animals are wanting to present to you. Is that all as well. Nothing is going Wrong. This is as we knew it would be. It is as we perpetuate it to be. All is really well. But we’re not trying to talk you into doing anything. You just live your life and we’ll just live ours.

And you see the thing that the Copperhead snake and the elusive silver Gray Fox now, they just don’t get in everybody’s space. They just be who they are. They just be who they are, and live happily ever after. And they don’t try to be understood. That snake doesn’t want to bite anybody. He will give him a hard time. Just want to bite anybody. He’s just living happily ever after. And we want you to understand that it is true.

No matter what circumstance you might want to bring, and have a conversation with us about we’re going to tell you the same thing. They are living happily ever after, no matter what belief system you’ve decided to impose over their life, which is really not any of your business. Really good. Really, really good conversation.